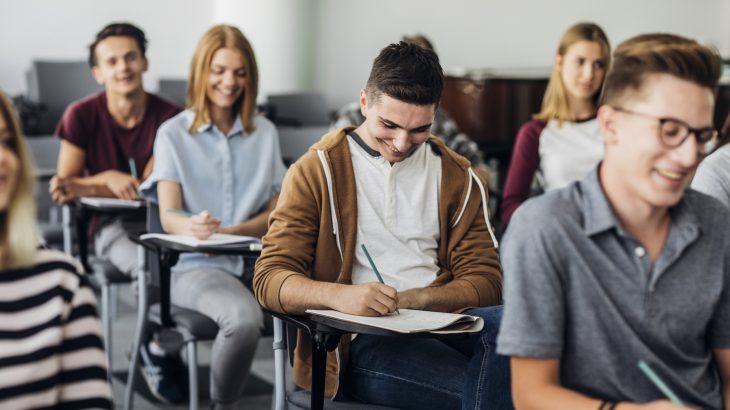 The battle over regulating firearms remains a controversial issue in the United States, but a new study shows that teens from states with strengthened gun control laws feel safer at school.

Researchers from Boston College and the German Institute for Economic Research conducted a study to examine precisely how gun control laws influence perceptions of safety at school.

Previous research into the issue of how gun control impacts younger people focused on suicide rates and firearm homicides, but this study is unique its approach to school safety.

The study was published in the Journal of Epidemiology and Community Health.

Gun violence and possession of firearms can lead to students skipping school due to feeling unsafe or being threatened or harmed with a firearm at school.

The researchers analyzed data from the Youth Risk Behavior Surveys from 1999 to 2015. The surveys included information on 926,639 teenagers in grades 9 through 12 across 45 states.

It’s important to note the limitations of a study like this as the data did not include all 50 states. The researchers also say that self-reported surveys need to be considered carefully because some of the participants may have misreported information.

But in the surveys, the students reported on weapons carried at school, how many weapon threats at school they experienced, and how many days they missed school due to feeling unsafe.

The researchers also created a gun control strength index based the gun laws from each state and year. A higher index score meant that that state had stricter gun control.

Between 2013 and 2014 alone, 1 in 20 of the 1.3 million discipline incidents reported in public schools were related to weapon possession.

After controlling for important factors likes age, sex, race, crime rates, and anti-bullying policies, the researchers found that from 1999 to 2015 many states strengthened gun control laws.

While many states adopted stricter gun control, the researchers say 17 states have weakened gun control laws over the past two decades.

The researchers conclude that states that adopt stronger gun control may see fewer students skipping school due to safety concerns.

“With the prevalence of weapon threats and fights at school decreasing only slightly, and the percentage of students who miss school on the rise, school safety represents a policy priority across the fields of health and education,” the researchers write.