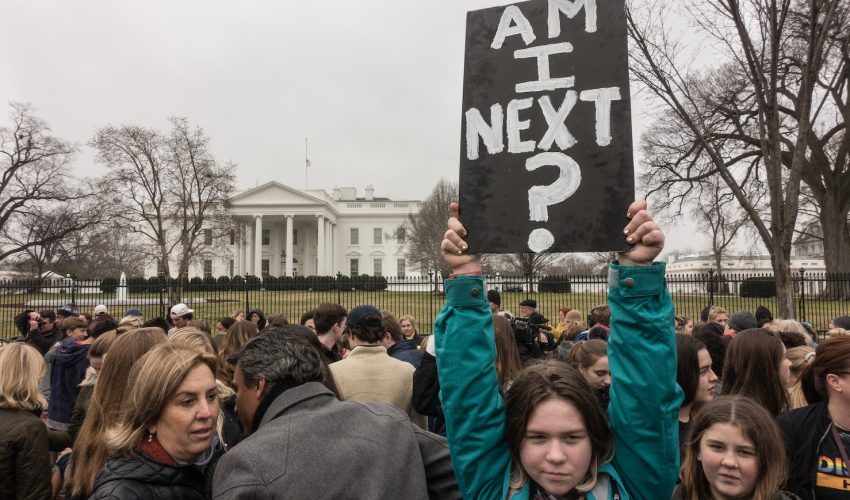 But the truth is that school shootings have dramatically increased in frequency over the years, and what was once considered to be a freak occurrence has now become sad recurring reality.

The results were published in the Journal of Child and Family Studies and show that the shooting at Marjory Stoneman Douglas High School in Parkland Florida was not an isolated incident.

For the study, the researchers set out to review the history of school shootings in the United States, but first, they had to define exactly what makes a shooting a mass shooting.

According to the researchers, the Federal Bureau of Investigation (FBI) does not have a definition for mass school shootings.

Once the researchers qualified mass shootings as a situation in which four or more people are killed excluding the shooter on school grounds, they were able to recognize the steady increase in school shootings that have occurred since 1979.

Over the course of the 20th century, 55 people were killed and 260 injured. Of the 25 shooters involved in these situations, most were white males who acted alone, and only nine were said to be suffering from a diagnosed mental illness at the time.

Now, at the start of the 21st century, the number of people killed in school shootings is 66, already surpassing the totals of the 20th century.

“In less than 18 years, we have already seen more deaths related to school shootings than in the whole 20th century,” said Antonis Katsiyannis, the lead author of the study. “One alarming trend is that the overwhelming majority of 21st-century shooters were adolescents, suggesting that it is now easier for them to access guns, and that they more frequently suffer from mental health issues or limited conflict resolution skills.”

The results show that gun violence is increasing and school shootings have become an epidemic. Treating each event as an isolated incident does a great disservice to the grave seriousness of the problem.

The researchers state that school shootings can be prevented and the risks reduced with deliberate and sensible policy including expanded background checks, a ban on assault weapons, and better mental health services.

“Preventative efforts not only require policy and legislative action but increased and targeted funding across federal, state, local and private sectors,” said Katsiyannis.