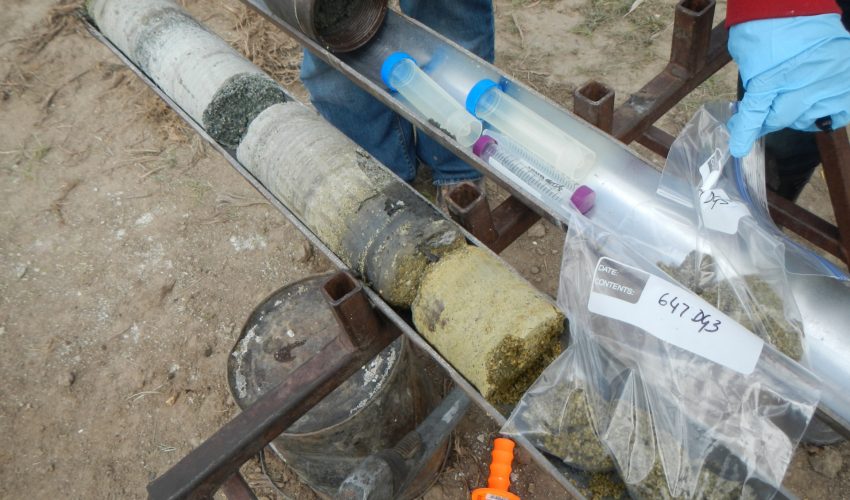 Researchers have discovered a new form of uranium, the radioactive element that fuels nuclear power plants.

Scientists have long believed uranium, mined from typically mined from large sandstone deposits deep underground, forms over millions of years via chemical reactions of sulfur and other non-biological compounds.

Conventional wisdom was that uranium within ore deposits is mostly found in the form of uraninite, a crystalline mineral.

The team analyzed samples from the Wyoming roll front using new techniques including synchrotron radiation-based spectroscopy and isotope fingerprinting. They found that up to 89 percent of the uranium from their 650-foot-deep samples wasn’t crystalline uraninite at all, but rather, a non-crystalline uranium that was bound to organic matter or inorganic carbonate.

Most of what they found in that unmined site is estimated to be 3 million years old, and formed by a reduction by microorganisms ­- microbes that respire not on oxygen, but on uranium.

“You know you might have a big story when you discover something that will result in people having to rewrite textbooks,” said Thomas Borch, Colorado State professor of Soil and Crop Sciences and one of the study’s authors. “Our results may introduce a paradigm shift in the way we think about ore genesis and mining – from implications for human health, to restoration practices, to how mining companies calculate how much they can earn from a given site.”

Most states require spent mines to be restored to pre-mining conditions.

It’s less clear whether the microbes making uranium today are the same as those that formed it in the Earth’s crust 3 million years ago.

“But we do know through isotopic fingerprinting that the uranium formed via microbial reduction,” Borch said.