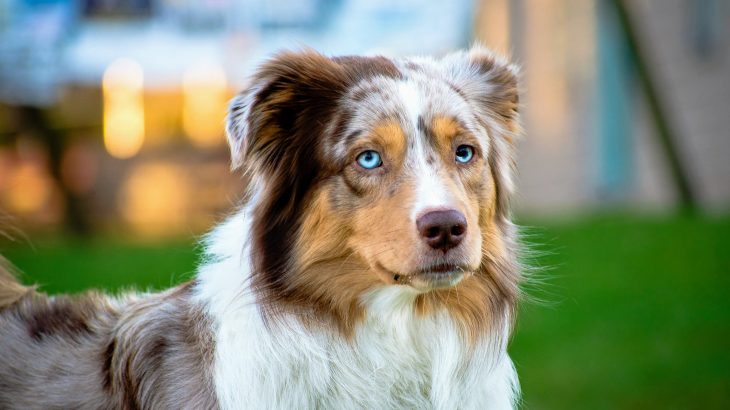 In a breakthrough study from Eötvös Loránd University, experts have found that dogs show signs of self-awareness by demonstrating the ability to distinguish their body from its surrounding environment.

According to the study authors, dogs have also exhibited other components of self-awareness, including the ability to recognize their own odor and to form personal memories of specific events.

In humans, self-awareness has evolved into an extremely complex form called self-consciousness. Some elements of this mental capacity may have emerged during the evolution of non-human animals, depending on their ecological needs.

“Dogs are perfect subjects for the investigation of the self-representation related abilities as we share our anthropogenic physical and social environment with them,” said study first author Rita Lenkei.

“Thus, it is reasonable to assume that at least some of its forms might appeared in them, too. From these, body-awareness might be one of the most basic ones.”

In a problem-solving task, the dogs showed that they could recognize their body as an obstacle, indicating that they understand the relationship between their body and the environment.

Body awareness is one of the most basic illustrations of self-awareness. The researchers used a model that has previously been used to test for body awareness elephants and humans known as the “body as an obstacle” test.

During the original experiment, toddlers were instructed to hand over a mat they were sitting on. The idea was that they could only complete the task if they understood the connection between their own body and the mat.

Furthermore, to complete the task, the toddlers first had to physically remove themselves from the mat. In other words, their bodies served as an obstacle to completing the task at hand.

For the current study, the experts attached a ball to the mat so that dogs would easily understand the request of their owner to pass the object, which would also involve passing the mat.

“We developed a more complex method than the original one to make sure that dogs only leave the mat when it was truly necessary,” explained study co-author Dr. Péter Pongrácz. “Based on our results even during their first attempt they left the mat significantly sooner and more likely when it was needed to solve the task, compared to when, for instance, the ball was anchored to the ground.”

The results are especially interesting considering that this experiment is linked to the mirror mark test, which was also designed to determine whether an animal possesses the ability of visual self-recognition. While a few animal species consistently pass the mirror test, including elephants and chimpanzees, dogs consistently fail.

“Based on our knowledge the dog is the first species that did not pass the mirror mark test but successfully passed the ‘body as an obstacle’ paradigm,” said Lenkei. “Our results support the theory about self-representation as being an array of more or less connected cognitive skills, where the presence or lack of a particular building block may depend on the ecological needs and cognitive complexity of the given species.”