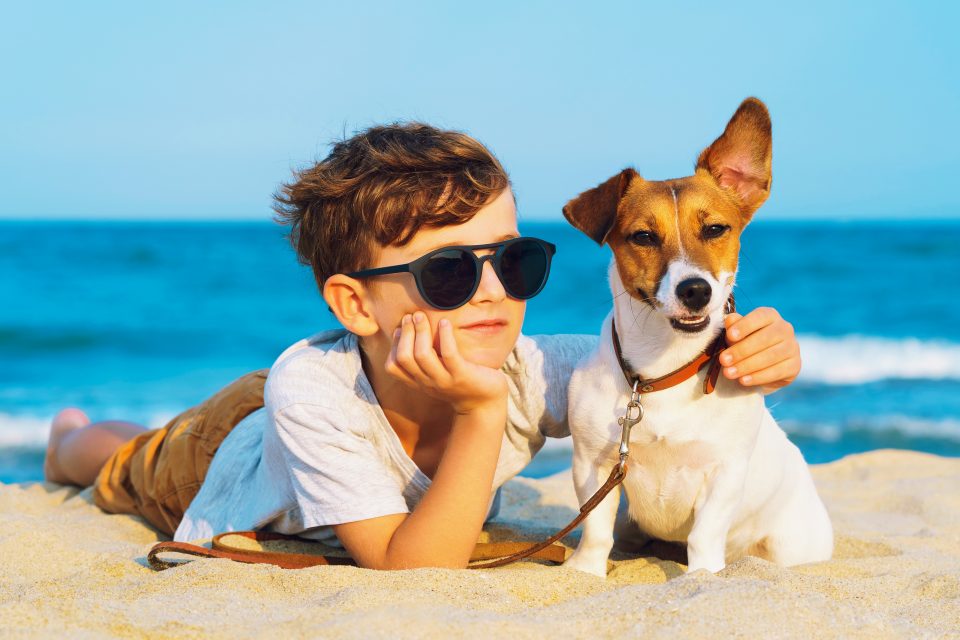 In a new study from UBC Okanagan, experts have found that dogs can improve social skills and confidence in children while helping them enjoy learning. The researchers observed children as they engaged in a social skill-training program with therapy dogs.

“Dog lovers often have an assumption that canine-assisted interventions are going to be effective because other people are going to love dogs,” said study lead author Nicole Harris. “While we do frequently see children improve in therapy dog programs, we didn’t have data to support that they enjoyed the time as well.”

Over six weeks, the children were accompanied by therapy dogs as they completed a series of sessions to help them build their social skills. The training sessions were focused on a new skill each week, such as how to give directions to others.

The children would first practice the skills with their therapy dog before running through the exercise with the rest of the group.

“Therapy dogs are often able to reach children and facilitate their growth in surprising ways. We saw evidence of this in the social skills of children when they were paired with a therapy dog,” said study co-author Dr. John-Tyler Binfet.

“The dogs helped create a non-threatening climate while the children were learning these new skills. We saw the children practice and hone their social skills with and alongside the dogs.”

As the children practiced and learned their new social skills, the research team documented their behavior and responses.

“Findings from our observations suggested that canine-assisted social and emotional learning initiatives can provide unique advantages,” said Harris. “Our team saw that by interacting with the therapy dogs, the children’s moods improved and their engagement in their lessons increased.”

Overall, 87 percent of the team rated the children as being very engaged or extremely engaged during the sessions.

At the end of the training, Harris interviewed some of the children who regularly attended the sessions. Each child reported that the program was enjoyable and positive, and said the dogs were a meaningful part of the experience.

According to the researchers, the children behaved better at the sessions than at their regular after-school care program. They attributed this improvement in behavior to the fact that the children liked being around the dogs. Half of the children even mentioned ways the dogs had helped with their emotional well-being.

Harris, who is an elementary school teacher, noted that schools have become increasingly important in helping students develop social and emotional skills, and this research could contribute to the development of future school-based or after-school programs.

“Dogs have the ability to provide many stress-reducing and confidence-boosting benefits to children. It was really heartwarming to see the impact the program had on the kids.”

The study is published in the Journal of Research in Childhood Education.