Study reveals where distractions are blocked for the brain to focus • Earth.com 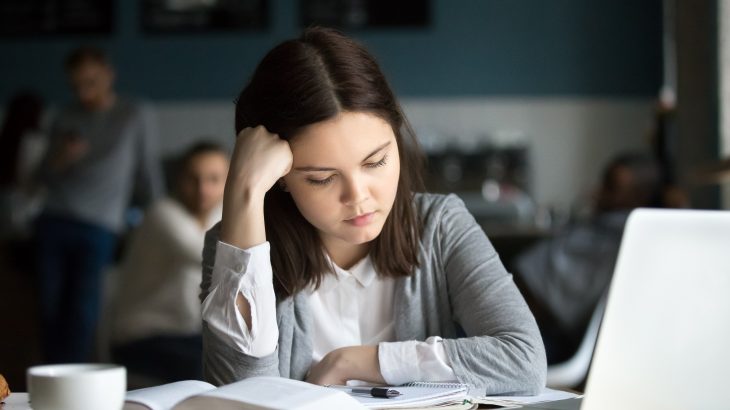 How does the brain stay focused on a task while it is constantly bombarded with distractions? A new study from UC Davis has pinpointed a specific region of the brain that blocks out distracting stimuli.

Using a mouse model, the researchers found that when stimuli are blocked, brain processing is disabled for concentration.

The experts trained mice to detect a particular target by responding to rapid stimuli on one side of their whiskers. They were also exposed to irrelevant stimuli on the whiskers opposite the target field.

Using advanced brain imaging techniques, the team could see where the distractions were blocked, which resulted in no transmission to the cortex and no motor response.

“We observed responses to target stimuli in multiple sensory and motor cortical regions,” said Professor Zagha. “In contrast, responses to distractor stimuli were abruptly suppressed beyond the sensory cortex.”

The researchers were surprised by how abruptly the distractor information was blocked in the cortex. They observed that the distractor stimulus responses reached the part of the cerebral cortex responsible for early sensory processing, but were prevented from traveling any farther.

The cortex is the largest part of the brain and consists of folded gray matter with sensory and motor regions. Information processed in the cortex regulates functions such as sensation, perception, memory, attention, language, and motor functions.

“Our discovery may have important implications for the understanding and treatment of neuropsychiatric diseases such as attention deficit hyperactivity disorder and schizophrenia,” said Professor Zagha.

“By studying the mechanisms underlying the blocking of distracting stimuli we may be able to unravel the neural circuitry underlying attention and impulse control.”

While scientists today know much about behavior and neurons, they only have a nascent understanding of how groups of neurons organize to mediate meaningful behaviors, explained Professor Zagha.

Professor Zagha emphasized that the findings do not fully explain what takes place in the brain that allows us to focus, such as how the distractions are actually blocked.

“But now we know exactly where to look in the brain, and we will be pursuing these questions in the future. We know that when someone is highly distractible, their cortex is not sufficiently deploying the intentional signals needed to prevent the distractor stimuli from propagating into working memory or triggering a behavioral response.

“These processes – ‘gatekeepers’ of sensory signals – allow through only those signals that are task relevant. We believe this process is orchestrated by the prefrontal cortex; this is only one of the many possibilities we will be testing.”

According to Professor Zagha, the neural circuits underlying sensory selection and impulse control are likely the same circuits impaired in attention deficit hyperactivity disorder and schizophrenia.

“The better we understand these circuits, the better we can design rational, targeted treatments to improve impulsivity in these disorders.”