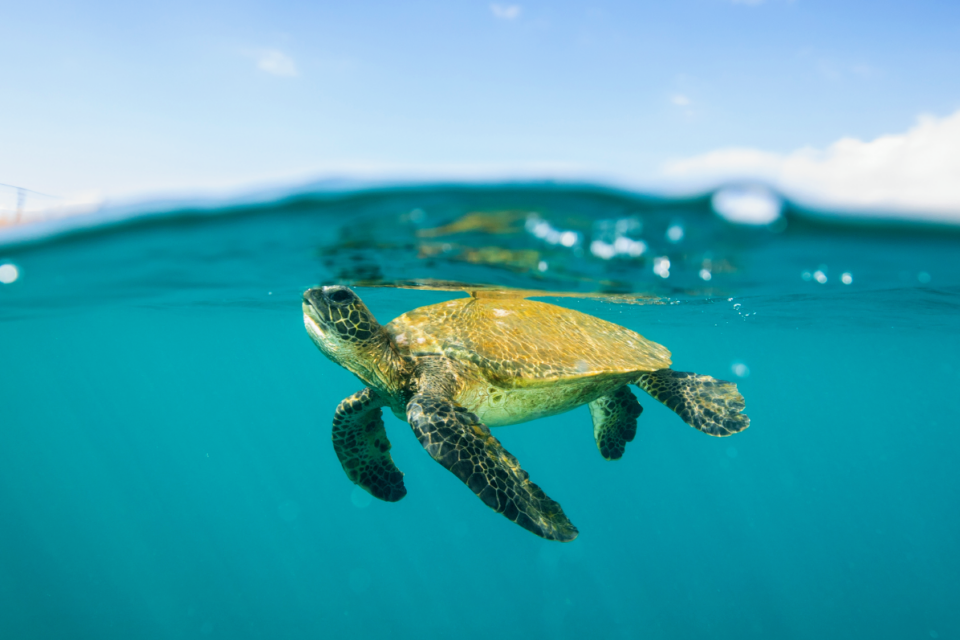 A new study is shedding light on how sunlight can improve the health of endangered green sea turtles prone to a disease called fibropapillomatosis. This disease affects 60 percent of sea turtles and is mostly found in juveniles. The disease causes the growth of large debilitating tumors on the skin, eyes and shell.

Current treatment for turtles with fibropapillomatosis includes surgical removal of tumors at rehabilitation centers. Sadly, this method of treatment is ineffective as many turtle patients do not survive, or the tumors regrow.

A new discovery of how to cure sick sea turtles points to sunlight. Rays from sun exposure provide vitamin D, an essential nutrient for the health of all living things. This is most important for sea turtles with fibropapillomatosis, as studies have shown the disease is associated with very low vitamin D levels.

For the study, researchers at Florida Atlantic University compared vitamin D levels in healthy and sick green sea turtles to determine if exposure to sunlight would influence overall health. The experts also examined the differences between turtles in rehabilitation facilities and healthy wild-caught green turtles.

The researchers investigated whether higher levels of sun exposure could increase vitamin D levels in sea turtles undergoing treatment. The turtles were kept in tanks where they could be exposed to varying levels of sunlight for up to six months, and then compared to turtles receiving less ultraviolet light. In particular, the team examined the correlation between sun exposure, vitamin D, and tumor regrowth.

The results showed that when the turtles were exposed to greater sunlight, their vitamin D levels increased and supported successful recovery.

The results suggest that increasing sunlight exposure could enhance health and recovery in green sea turtles with fibropapillomatosis.

“Data from our study suggest that one potential method to better the outcome of sea turtles with this disease is to increase their exposure to UV light during rehabilitation,” said study senior author Dr. Sarah L. Milton.

“Although a cure for this disease has yet to be discovered, we have shown that exposure to higher UV light increases vitamin D in turtles, as it does in other animals including humans. Increased plasma vitamin D levels are then in turn correlated with lower rates of disease. This potential to boost health could therefore contribute to improved recovery.”

The research team is interested in conducting future studies to better understand the impacts of vitamin D levels and overall health and immune function.

The study is published in the journal Animals.