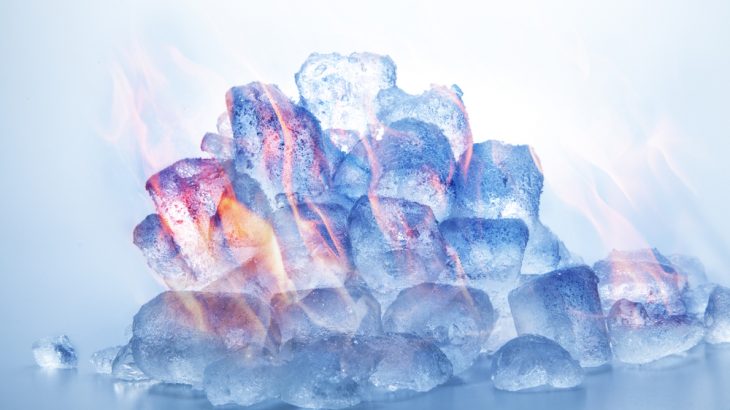 What’s an Earth-bound scientist to do when she wants to study superionic ice like the kind found on frozen planets like Neptune – and perhaps throughout the universe?

Fire up the lasers and make the next best thing herself.

“We wanted to determine the atomic structure of superionic water,” Coppari told the Daily Mail. “But given the extreme conditions at which this elusive state of matter is predicted to be stable, compressing water to such pressures and temperatures and simultaneously taking snapshots of the atomic structure was an extremely difficult task, which required an innovative experimental design.”

Coppari, co-lead author Marius Millot, and their team used the OMEGA Laser at the University of Rochester – one of the most powerful lasers in the world – to heat the water to more than 3,300 degrees Fahrenheit and compress it to between 1 and 4 million times Earth’s atmospheric pressure. They also used the laser to capture X-ray images of the resulting crystals.

The X-rays showed that the superionic ice, part solid and part liquid, could be formed in just nanoseconds. The results confirmed a hypothesis dating back to 1988.

The researchers said it gives them a better idea how the ice cores of planets like Uranus and Neptune work.

“It’s probably better to picture that superionic ice would flow similarly to the Earth’s mantle, which is made of solid rock, yet flows and supports large-scale convective motions on the very long geological timescales,” Millot told the Mail. “This can dramatically affect our understanding of the internal structure and the evolution of the icy giant planets, as well as all their numerous extra-solar cousins.”

The study has been published in the journal Nature.