Teens who feel loved by their parents are less likely to be cyberbullies • Earth.com 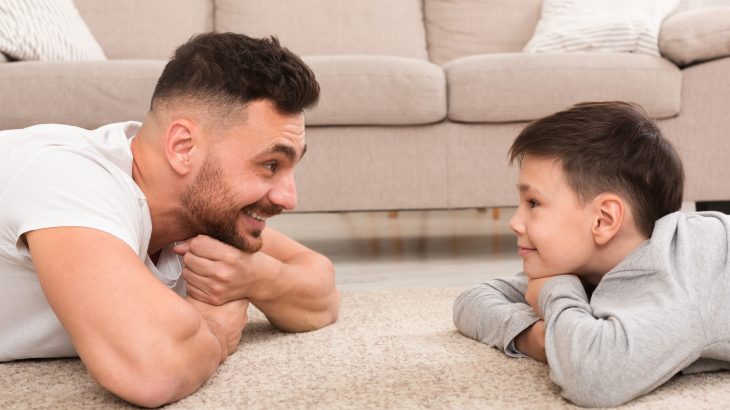 In the United States, more than half of teens report some type of experience with cyberbullying – harassing online behavior that may involve degrading rumors, threats, insults, or humiliation.

In a new study from NYU, researchers have found that adolescents who perceive their parents as being emotionally supportive and loving are less likely to engage in cyberbullying.

The findings are especially relevant today, when family dynamics have been drastically altered as a result of the COVID-19 pandemic.

“With remote learning replacing classroom instruction for many young people, and cell phones and social media standing in for face-to-face interaction with friends, there are more opportunities for cyberbullying to occur,” said study lead author Laura Grunin. “New family dynamics and home stressors are also at play, thanks to higher unemployment rates and more parents working from home.”

Study senior author Professor Sally S. Cohen emphasized that understanding the factors related to cyberbullying among young people is important for developing strategies for families, schools, and communities to prevent bullying or to intervene when it occurs.

The study was focused on data from the World Health Organization (WHO) Health Behavior in School-Aged Children survey. The researchers analyzed responses from more than 12,000 individuals between the ages of 11 and 15, who reported on their bullying behavior.

The adolescents also shared details on their perceived relationships with their parents.

The analysis revealed that when adolescents perceived their parents as being loving and supportive, they were much less likely to engage in cyberbullying.

Young people who said their parents were “almost never” loving were more than six times more likely to engage in frequent cyberbullying compared to those who perceived a parent as “almost always” loving.

Other types of emotional support, such as how much parents understood their children, also contributed to the likelihood of cyberbullying.

“Our findings point to the importance of parental emotional support as a factor that may influence whether teens cyberbully–and more importantly, it is how teens perceive the support they receive from their parents,” said Grunin. “I would stress to parents it is not necessarily if they think they are being supportive, but what their adolescent thinks. Parents should strive to discern their teen’s perception of parental emotional support as it might be associated with youth cyberbullying behavior.”

The study also identified certain demographic factors that had an influence on cyberbullying. For example, girls were much less likely than boys to exhibit high levels of cyberbullying. In addition, Asian American adolescents were the least likely to be cyberbullies.

“Since 2010, when the survey was conducted, technology and social media have become increasingly ubiquitous in teens’ lives; the increase in screen time during the current pandemic poses new challenges,” said Professor Cohen. “Online access and anonymity in posts create widespread opportunities for cyberbullying.”

The researchers noted that educators, health professionals, social media experts, and others working in youth development should take family dynamics into account when creating programs to address cyberbullying.

“While our study doesn’t prove that a lack of parental support directly causes cyberbullying, it does suggest that children’s relationships with their parents might influence their bullying behaviors,” said Grunin. “These relationships should be considered when developing interventions to prevent cyberbullying.”

The study is published in the journal International Journal of Bullying Prevention.