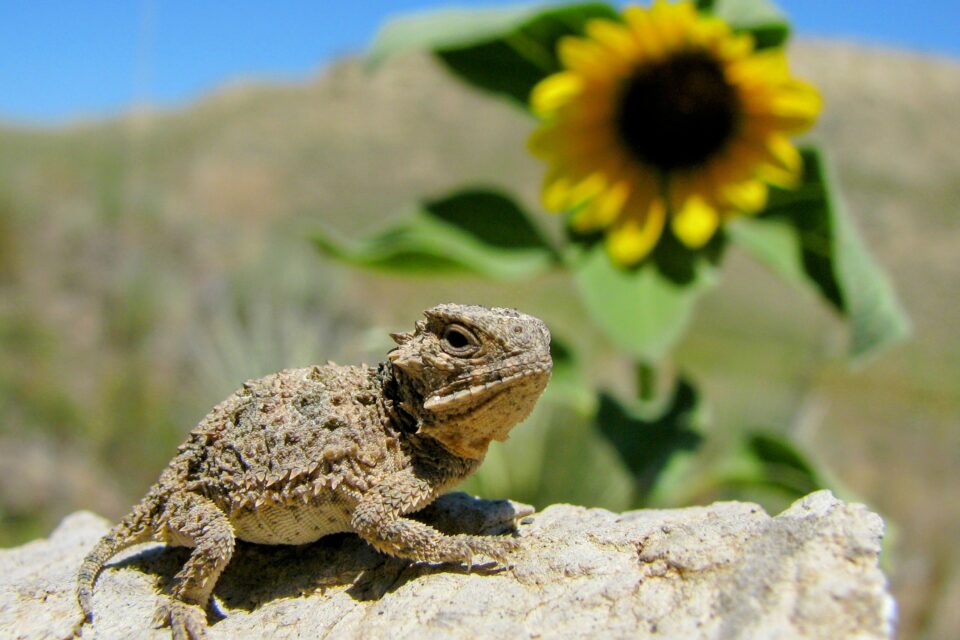 “Since the 1960s, horned lizard populations have been declining and have disappeared pretty much east of Interstate 35, and then there are lots of areas on the west side of I-35 where they’ve winked out – I mean total extinctions,” said Professor Williams, who is an expert in genetics.

The horned lizard is at risk of extinction for many reasons. The pet trade may have contributed to their decline in the 1940’s and 50’s. Since that time, habitat lost, human development and invasive fire ants have pushed the reptile closer to the brink.

Ants are especially important to the horned lizards as harvester ants are their main food. Unfortunately, introduced fire ants from South America can often outcompete these native ants, making it harder for horned lizards to find a meal.

In Texas, the horned lizards live in several populations. While the western population is stable, the two other groups in the northern and southern part of the state are not faring too well.

This is where genetics comes into play. Thanks to the work of Professor Williams, lizards can be reintroduced properly with the group’s genetics maintained properly. Zoos in Fort Worth, Dallas, San Antonio and elsewhere have been raising the imperiled lizards in captivity. So far, lizards have been reintroduced to Texas Parks and Wildlife Department’s (TPWD) property at Mason Mountain and Muse wildlife management areas.

Last fall, Fort Worth Zoo hatched it’s 1,000th horned lizard in captivity. While releasing lizards at Mason Mountain, TPWD discovered 25 lizards released from captive breeding efforts in 2019. This marks a milestone; as these are the first captive bred lizards known to survive in the wild long enough to breed.