The collapse of Mayan civilization was not caused by drought • Earth.com 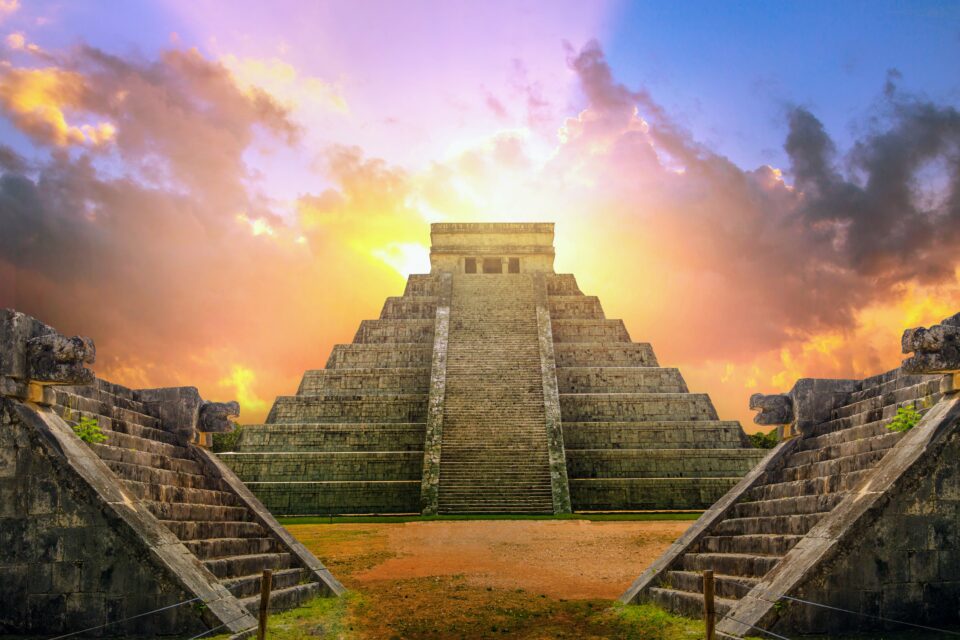 The collapse of Mayan civilization was not caused by drought

A recent study from UC Riverside reveals that drought was likely not the sole reason for the collapse of the ancient Mayan civilization. This dominant indigenous society, which was one of the earliest Mesoamerican civilizations, suffered heavily during a series of droughts in the Yucatan Peninsula in southeastern Mexico and northern Central America at the end of the ninth century.

Previous studies have established that Mayan societies began to inexplicably disappear during this period. Paleoclimatic research suggests the droughts led to widespread famine, as Mayans were heavily dependent on drought-sensitive crops such as maize, corn, beans, and squash.

“When botanists study drought resistance, they’re usually talking about a specific plant, or a particular ecosystem. One of the reasons this project was so challenging is because we examined the dietary flora of an entire civilization – annuals, perennials, herbs, trees, domesticates, and wild species,” said Fedick, highlighting the unique nature of the research.

Fedick recently prepared and released a comprehensive list of indigenous Maya food plants after being unable to find one. It draws on decades of Maya plant knowledge obtained from previous ethnographic and ethnobotanical studies. Faced with the widespread assumption that drought was the reason for Maya social unrest, he and Santiago decided to test the drought tolerance of all 497 plants on the list.

The study identified 577 edible parts such as fruits and roots for 445 of the 497 edible plants, that would be available during a year of normal rainfall. The specific consumable parts for the remaining 52 food plant species were not identified.

Some of the toughest plants the Mayans would have turned to include cassava with its edible tubers, and hearts of palm. Another is chaya, a shrub domesticated by Mayans and eaten today by their descendants. Its leaves are high in protein, iron, potassium, and calcium.

Cassava – with its edible tubers – and hearts of palm are two of the toughest plants the Mayan civilization could have used during times of drought. The findings reveal that the heart of palm and other edible plant stems would have been the most stable and abundant plant food, providing high glucose content and protein levels.

Another plant named chaya is a Maya-domesticated shrub that is still consumed by Mayan descendants today. It  contains an abundance of protein, iron, potassium, and calcium in its leaves. “Chaya and cassava together would have provided a huge amount of carbohydrates and protein,” said Santiago.

Even though the researchers were unable to unravel why the Mayan civilization collapsed, they believe the role of social and economic disruption cannot be overlooked.

“One thing we do know is the overly simplistic explanation of drought leading to agricultural collapse is probably not true,” said Fedick.

The study also emphasizes the importance of utilizing a wide range of plants in order to resist drought and to combat climate change.

“Even given a series of droughts, maintaining a diversity of resilient crops would enable people, both ancient and modern, to adapt and survive,” said Santiago.