How thinking globally, but acting locally can make a difference • Earth.com 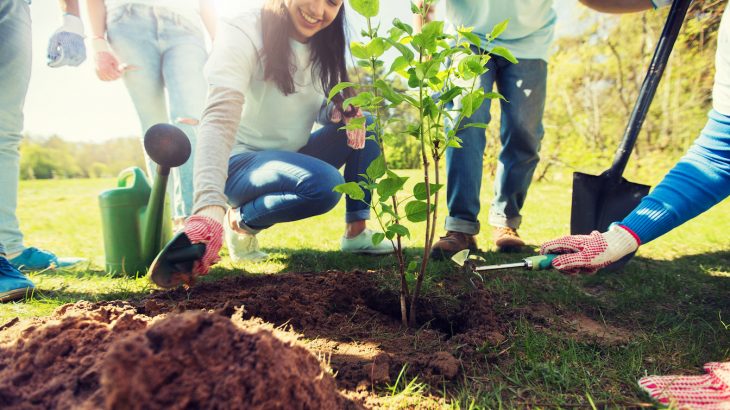 The idea that having narrow local focus leaves little room for anything but a selfish mindset is a misconception, according to a new study that found that concern for local issues could help with global environmental conservation.

You might have heard of the acronym NIMBY which means “not in my backyard” and describes an individual or group opposed to a new addition to the neighborhood, typically a factory, roadway or power station. Nimbyism and parochialism, which is a focus on a local area, can go hand in hand, and there are concerns that parochialism paves the way for bigotry, prejudice, narrow-mindedness, and selfishness.

But researchers from the University of Exeter found the exact opposite to be true in a new study published in the journal Transactions of the Institute of British Geographers.

The researchers argue that positive parochialism can inspire a larger awareness of global environmental issues and spur people to action.

“We did not find evidence that parochialism was inevitably negative and inward-looking,” said Patrick Devine-Wright, a researcher for the study. “It can be those things, but there’s no necessary conflict between feeling connected to your local area and feeling connected to the wider world.”

For the study, the researchers reviewed archival material from the 1987 Parish Maps project which was started by the UK charity Common Ground. The researchers also conducted interviews with people who had been involved in the project. The Parish Maps project asked communities to create maps of local areas, highlighting important community buildings, parks, and features.

The maps were not necessarily accurate cartographically speaking but instead emphasized the most important features to a local community.

For this study, the researchers show how the Parish Maps project also showcased a passion for the environment and conservation.

“The Parish Maps project was hugely popular at the time, but has been somewhat overlooked since it ended,” said Devine-Wright. “It led to a huge upswell in local environmentalism and the creation of thousands of maps across the UK and beyond. We argue that it represents parochialism without the negative connotations many people associate with that word.”

The researchers say that the Parish Maps project is a strong example of “positive parochialism,” and shows that thinking locally can influence a global mindset.

“For a long time, the consensus has been that if we want people to think about global issues they need a cosmopolitan worldview – but this may not be the case,” said Devine-Wright. “Given where we are now in terms of trying to encourage people to make changes to help the environment, ‘positive parochialism’ offers something that has been overlooked.”