Global warming not stopped since the Industrial Revolution • Earth.com 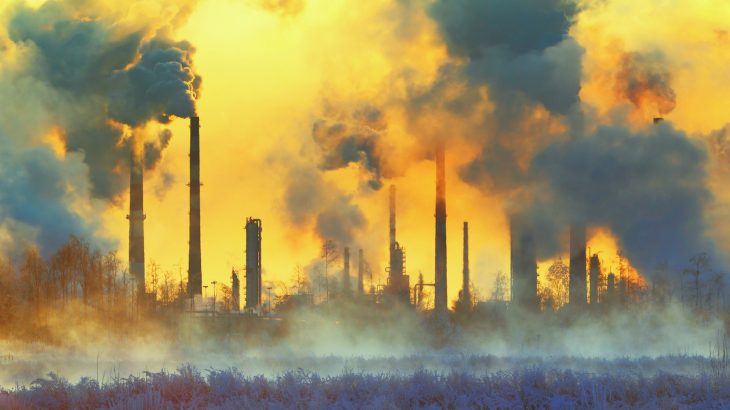 Global warming not stopped since the Industrial Revolution

Sea level rise, an onslaught of life-threatening storms, and increasing global temperatures have caused society to become more aware of the effects of global warming in recent decades. However, a new study from the Institute of Atmospheric Physics at the Chinese Academy of Sciences shows that global warming has been constant since 1870, the start of the Industrial Revolution.

Researchers found that global warming, that being the influx of CO2 and other atmospheric greenhouse gasses in our air, has never ceased since the late 19th century. The maximum rate of change occurred after WWII and has been at a stable change rate of .08-degrees Celsius over the last three decades.

However, the scientists saw a slowing of the upward trend of global mean surface temperature (GMST) during the first decade of the 21st century. Even though CO2 levels continued to rise between the years of 2001 to 2013/2002 to 2012, scientists have tagged this period in global history as the ‘global warming hiatus’ or ‘slowdown in warming.’

Scientists believe this slowdown happened due to either internal climate variability or external forcing, or perhaps both, an increase in aerosols within the stratosphere during 2000-2010, the negative phase of the Interdecadal Pacific Oscillation (IPO) partnered with strong trade winds, an vast heat uptake by the deep ocean, or a lower number of sunspots during the most recent solar activity cycle. Basically, this hiatus is a result of global warming and cooling counteracting each other.

Lead author of the study, the Institute’s Dr. Xingang Dai, said, “Our study suggests that future climate conditions will likely rely on competition between multidecadal cooling and global warming if the multidecadal climate cycle repeats, as was experienced during the second half of the twentieth century.”