Ticks do not necessarily flock to an unmowed lawn • Earth.com 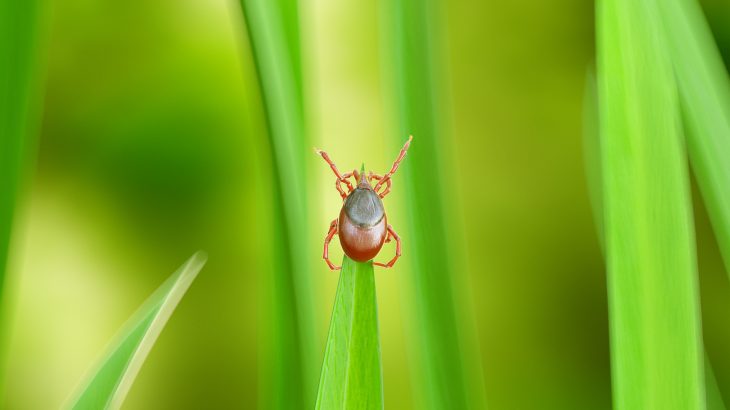 Ticks do not necessarily flock to an unmowed lawn

When researchers discussed the solution of less frequent lawn mowing to improve the habitat for native bees, concerns were immediately raised about how this may allow ticks to thrive. The team set out to test the common assumption that ticks prefer long grass.

“The first thing people said was that letting the grass get longer would invite ticks,” said Susannah Lerman, a research ecologist with the USDA Forest Service Northern Research Station. “It was clear that before we could make the case for promoting lawns as bee habitat, we had to understand the tick risk.”

The study was designed to evaluate whether less frequent lawn mowing in residential lawns across Springfield, Massachusetts, could promote floral resources to provide viable habitats for native bees. The experts surveyed for bees and blacklegged ticks, also known as deer ticks, every three weeks.

In 16 suburban lawns over the course of two summers, the team documented 111 bee species, which represents about one-quarter of all known bees in Massachusetts. However, a total of 144 tick drags in lawns of various lawn mowing frequencies and grass heights produced not a single tick.

“There are obvious limitations to this study in terms of establishing the risk of ticks,” said Lerman. “We sampled for a single species of tick, and our study was limited to 16 residential lawns in a single city. Still, our study has two significant takeaways: you do not necessarily invite ticks if you mow the lawn every other week instead of every week, and common assumptions about nature are always worth investigating; scientists may be surprised by what we find.”

Blacklegged ticks are known to carry Lyme disease, a tick-borne infection that is prevalent in the Northeast. Study co-author and research entomologist Vince D’Amico said that while blacklegged ticks are undoubtedly present in residential lawns, the grassy part of a property is probably too dry for the tick.

“This species needs near 100 percent humidity for at least part of the day,” said D’Amico. “Where we have leaf litter, the ticks do very well.”

In the United States, an estimated 40 million acres of residential lawns managed in both public and private have the potential to become viable habitats for native bee species.