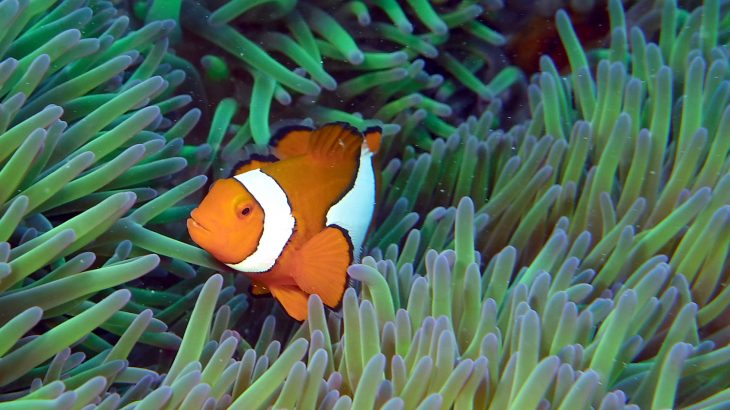 Time, and time alone, is responsible for coral reef diversity

Indo-Pacific coral reefs are a hotbed of marine diversity. From numerous fish species, to sponges, to turtles and other underwater organisms, coral reefs are not just a thing of beauty, but a scientific marvel. After researchers struggled for years to understand why coral reefs in the Central Indo-Pacific Ocean are so wealthy in diversity, University of Arizona doctoral student Elizabeth Miller has found that time is the only explanation.

“People used to think that new species evolve more quickly in tropical marine areas, so you get the high diversity we see today very quickly,” Miller said. “Instead, we found that diversity in the Central-Indo Pacific has slowly built over a long time.” Her study, published in the journal Proceedings of the Royal Society of London, is the first to link species richness to time.

Miller discovered that, because coral reefs in Indo-Pacific waters exist in such a stable climate that has remained stable throughout long periods of time, species have been able to develop and stick around, thus leading to the biodiversity we see in these reefs today.

“This suggests that a region may need long-term stability to accumulate high species diversity,” Miller explained. How long exactly has this taken? “According to our study, the magic number appears to be 30 million years.”

She said that in the past 30 to 35 million years, the climate hasn’t changed much within the Central Indo-Pacific region, whereas other marine regions, like the Caribbean, have experienced fluctuations in climate and isolation. “Therefore,” Miller continued, “fewer colonizations and higher rates extinction of the lineages that were there previously – all those factors add up to less evolutionary time.”

By using biogeographic reconstructions and a published evolutionary family tree of all spiny ray-finned fishes, which make up about 72% of all marine fishes and 33% of freshwater fishes, Miller and her team were able to unravel the history of the fish to explain the biodiversity.

“The general takeaway is that these patterns of high diversity may take tens of millions of years to arise, but can be wiped out in a few years by human impacts,” John Wiens, senior author of the paper and a professor in the UA Department of Ecology and Evolutionary Biology, added. Wiens concluded that even though these species have been around for millions of years, they can disappear an instant due to human-induced climate change. He concluded, “The diversity that gets lost in the next few years may take tens of millions of years to get back.”