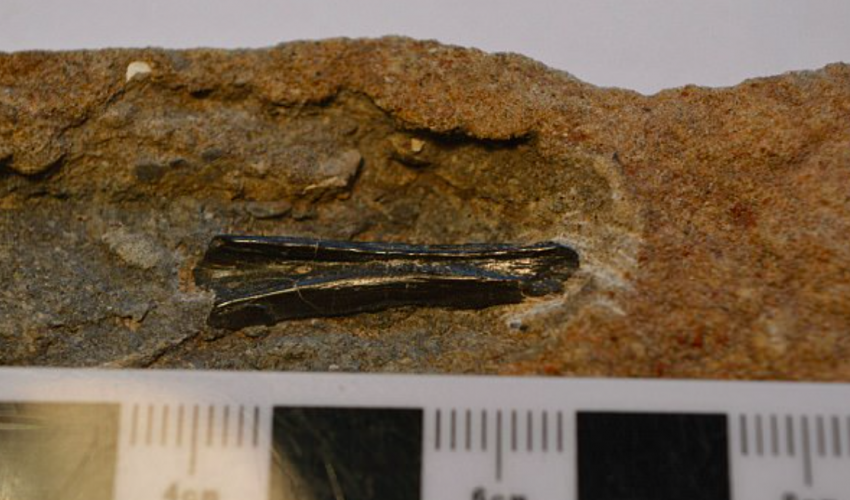 After reevaluating a prehistoric fossil that was found on a Scottish Island almost 30 years ago, scientists are assembling a clearer picture of life during the Middle Jurassic Period.

The 170 million-year-old jawbone, which appears to be that of a dog-like crocodile, was found within a rock at Duntulm Castle on the Isle of Skye. The fossil measured only around 3.5 centimeters in length.

Experts captured high resolution x-ray images of the bone and derived that the ancient animal most likely resembled a scaly dog much more than it did a scaly alligator. The findings of the study suggest that the animal is from a family of crocodiles known as neosuchians.

Dr. Steve Brusatte is a vertebrate paleontologist and evolutionary biologist at the University of Edinburgh.

According to MailOnline, Dr. Brusatte said, “Bits and pieces of fossil crocodiles have been found on Skye before, but this is one of the nicer fossils, because it is a nearly complete jawbone. It tells us that small, dog-sized crocodiles lived in the lagoons of ancient Skye, during the same time dinosaurs were living on land.”

Dr. Brusatte also explained the significance of the tiny jawbone.

“One reason why the new fossil is so important is because it is one of the few crocodile fossils from the middle part of the Jurassic Period from anywhere in the world.”

The Isle of Skye is one of the only places in the world where remains from the Middle Jurassic Period can be found.

MailOnline quoted Dr. Brusatte as saying, “Skye is a unique window into the Middle Jurassic, as it is one of the few places globally that preserves fossils from this time. There are not only crocs, but also many dinosaurs, mammals, lizards, amphibians, and fish fossils found on Skye, and we keep finding more and more every time we go back.”