Tiny organisms coordinate their movement without a nervous system • Earth.com 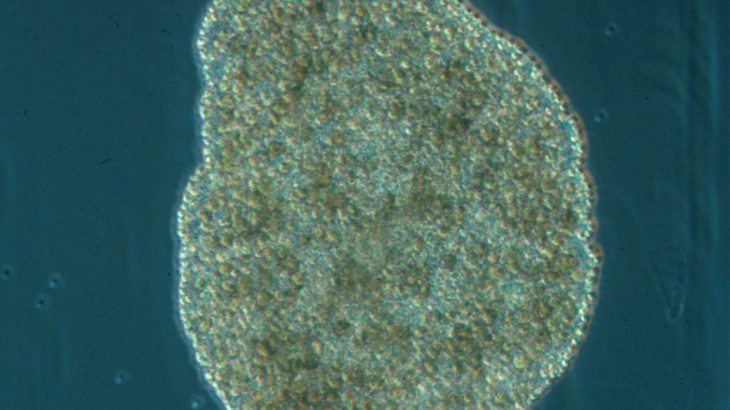 Tiny organisms coordinate their movement without a nervous system

An international team of researchers has demonstrated how simple multicellular organisms called Placozoa evolved to form complex nervous systems that transmit signals between different parts of the body.

The researchers found that Placozoa can coordinate their body shape and movement in the absence of a nervous system by using a signalling system among small peptides between cells.

Study co-author Gáspár Jékely is a professor at the Living Systems Institute of the University of Exeter.

“Each peptide can be used individually as a different signal, but the peptides could also be used sequentially or together in different combinations which allows for very high numbers of unique signals between cells,” explained Professor Jékely. “This explains how Placozoans can coordinate sophisticated behavioral sequences such as feeding.”

Placozoans are the simplest of all animals with just three cell layers. Despite having no true nerve or muscle cells, they manage to glide across surfaces in the ocean. The researchers investigated how these simple organisms can perform complex behavior without a nervous system.

They found that the cells of Placozoa contain a variety of small peptides, made up of amino acids that are secreted from one cell and detected by neighboring cells. This system represents how more complex organisms use neuropeptides for signalling within the nervous system.

“These new findings show that outer appearances can be deceiving, because cells that look the same are actually signalling with different molecules and are very likely to have different functions,” said study co-author Professor Dirk Fasshauer.

The researchers constructed synthetic versions of the Placozoan signalling peptides to examine the role of each peptide in coordinating movement and body shape.

The team discovered that the peptides changed Placozoan behavior within seconds, and that each peptide had a unique effect. The main behavioral changes induced by the peptides included crinkling, turning, flattening, and internal churning – a behavior associated with feeding.

“It might seem strange to use an animal with no neurons or synapses to study nervous system evolution, but although Placozoans are nerveless, you can still find within their cells the basic molecules needed for communication in complex nervous systems,” said study co-author Dr. Frédérique Varoqueaux. “So studying Placozoans can tell us more about the origins of neurons and how they became the body’s control system.”