Tornado activity is shifting eastward in the United States • Earth.com 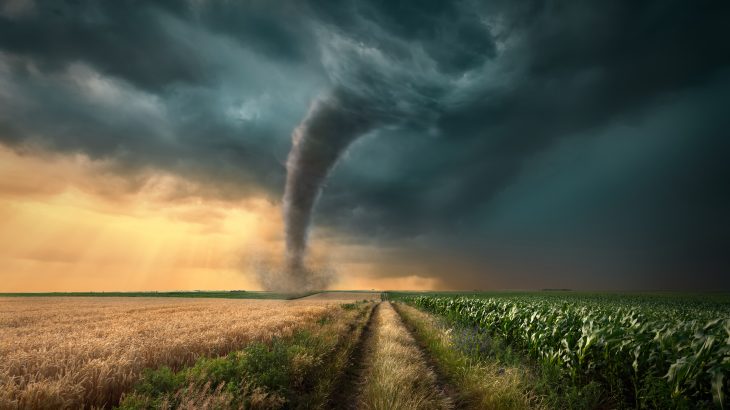 Tornado activity is shifting eastward in the United States

A new study has revealed that tornadoes are shifting east across the United States from the Great Plains to the Midwest and the Southeast. While the experts say that the trend is clearly a sign of climate change, the underlying cause of the new pattern remains a mystery.

Over the past four decades, the researchers found a significant decrease in the frequency of tornadoes across portions of Texas, Oklahoma, and northeast Colorado. This region, which is known as Tornado Alley, still experiences the most tornadic activity in the country, but the experts determined that several states in the lower Mississippi Valley are starting to catch up.

Study lead author Victor Gensini is a professor at Northern Illinois University in the Department of Geographic and Atmospheric Sciences.

“Regions in the Southeast and Midwest are closing the gap when it comes to the number of tornado reports,” said Professor Gensini. “It’s not that Texas and Oklahoma do not get tornadoes. They’re still the number one location in terms of tornado frequency, but the trend in many locations is down over the past 40 years.”

According to Professor Gensini, the study used two separate approaches to investigate the tornado frequency trends in the United States.

First, the researchers examined the number of tornado reports from 1979 to 2017. In addition, the experts used an index known as the Significant Tornado Parameter (STP) to look into the frequency of environmental conditions that were favorable for producing tornadoes. The results of both study methods  highlighted the eastward progression of tornadoes.

“One could argue that because a region’s population has increased, more tornadoes are sighted and reported,” said Professor Gensini. “But we also identified this eastward trend when using the STP index, which looks at the frequency of tornado environments and has nothing to do with people. This increases our confidence in the reporting trend that we’re seeing.”

It is important for researchers to understand this trend as well as its potential for future damage and casualties.

“We’ve shown the tornado frequency trend is increasing in the Midwest and Southeast,” said Professor Gensini. “While tornadoes can happen in all 50 states, if more tornadoes are happening in your area, you’re more susceptible to one of these disasters.

The study is published in the journal Climate and Atmospheric Science.