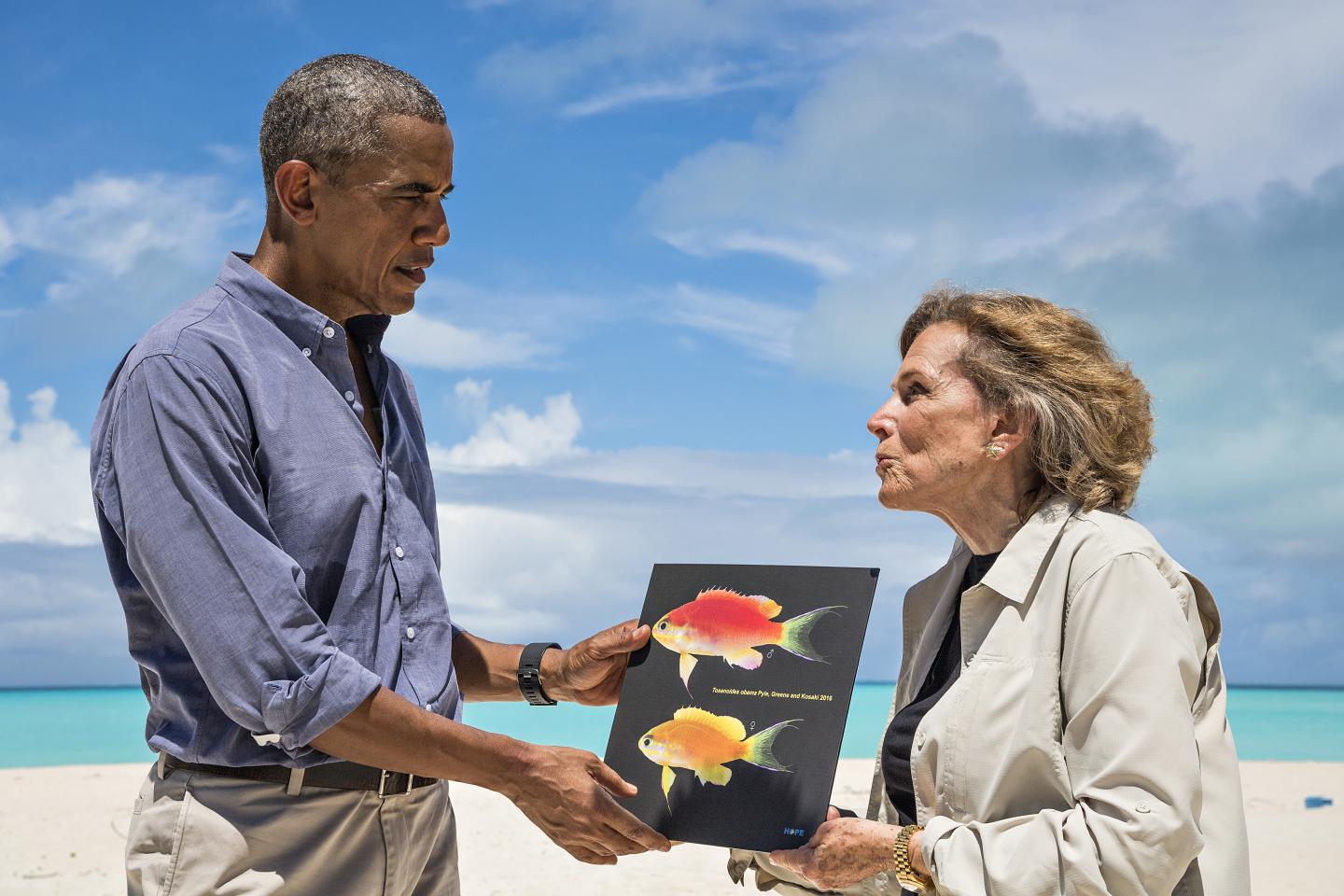 Scientists from the Bishop Museum, the National Oceanic and Atmospheric Administration (NOAA) and the Association for Marine Exploration published the official description of the coral reef fish today.

The fish, given the scientific name Tosanoides obama, is named in honor of the president due to his work in expanding the Papahānaumokuākea Marine National Monument, the Hawaiian marine park where the fish was discovered.

“We decided to name this fish after President Obama to recognize his efforts to protect and preserve the natural environment, including the expansion of Papahānaumokuākea,” said Richard Pyle, Bishop Museum scientist and lead author of the study.

Obama expanded the marine park in August at the requests of Hawaiian scientists, conservationists and Sen. Brian Schatz. Papahānaumokuākea is the largest protected marine area on the planet, at 582,578 square miles.

Members of NOAA discovered and collected the fish in Papahānaumokuākea during a dive at Kure Atoll, the highest latitude coral atoll in the world.

The fish, a kind of basslet, is small, pink and yellow. The males’ dorsal fins have a spot near the tail with blue edges and a red and yellow striped center, which inspired the name, Pyle said.

“The spot on the males is reminiscent of President Obama’s campaign logo,” he said. “It seemed especially appropriate for a fish named in honor of the president.”

The fish is extra special because it is endemic to Papahānaumokuākea, meaning it can’t be found anywhere else on Earth, said NOAA scientist Randall Kosaki,

The Tosanoides genus holds two other species in the tropical northwestern Pacific Ocean. Basslets are often found in coral reefs, and are also popular in saltwater aquariums.

Obama first saw the fish named after him in September when ocean explorer Dr. Sylvia Earle gave him a photograph. The exchange can be seen on an upcoming National Geographic special “Sea of Hope,” set to air Jan. 15, 2017.

The announcement of the Tosanoides obama follows the naming of the Prognathodes basabei, a new species of butterflyfish, which occurred earlier this year.