More tourists can cause anxiety and aggressive behavior in elephants • Earth.com 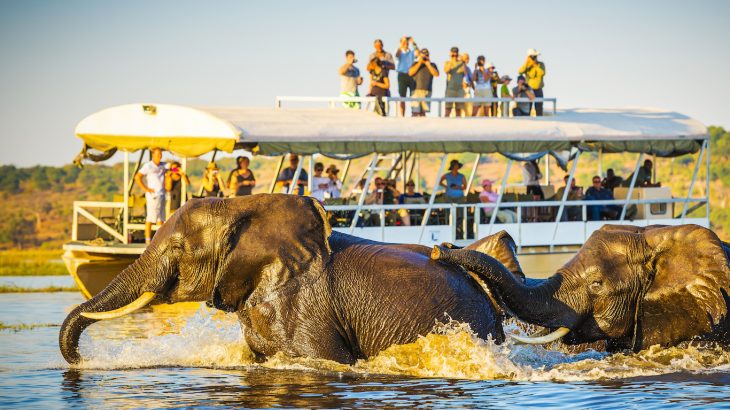 As more tourists set out to observe wildlife, more revenue is generated that can potentially protect wild animals and their habitats. However, a new study focused on African elephants has revealed that wildlife tourism is causing them stress.

The researchers spent 15 months recording the behavior of elephants and comparing it to the number of tourists present in an African reserve.

The experts found that the elephants were more likely to become aggressive toward each other when tourism was high. In addition, herds of elephants often became anxious and moved away from the tourists when multiple vehicles were observing them.

“Tourists who wish to observe animals in their natural habitat should be aware of their potential negative effects on animal welfare and research should investigate best practice standards to minimize such negative effects,” said study lead author Isabelle Szott of Liverpool John Moores University.

The study was focused on the observations of 26 individual elephants at the Madwike Game Reserve, where elephants are viewed from game drive vehicles (GDs) that seat up to 10 tourists.

“Our results show that even with regulations in place, where wildlife viewing is carried out exclusively from GDs driven by qualified guides and overall numbers of tourists viewing elephants at any time are restricted, tourism led to changes in behavior of the viewed elephants,” said Dr. Szott.

She explained that elephants at waterholes often experienced frustration and stress, and became the target of other herd members. This increased the chance that the elephants would turn their aggression on the tourists.

To reduce the potential for conflict between tourist groups and wildlife, Dr. Szott suggested that a consistent minimum distance from the nearest individual should be established. “It would further give elephant herds, or indeed other wildlife, more space and may reduce the likelihood of animals moving off, giving tourists longer, more natural viewing experiences.”

The study is published in the journal Zoology.