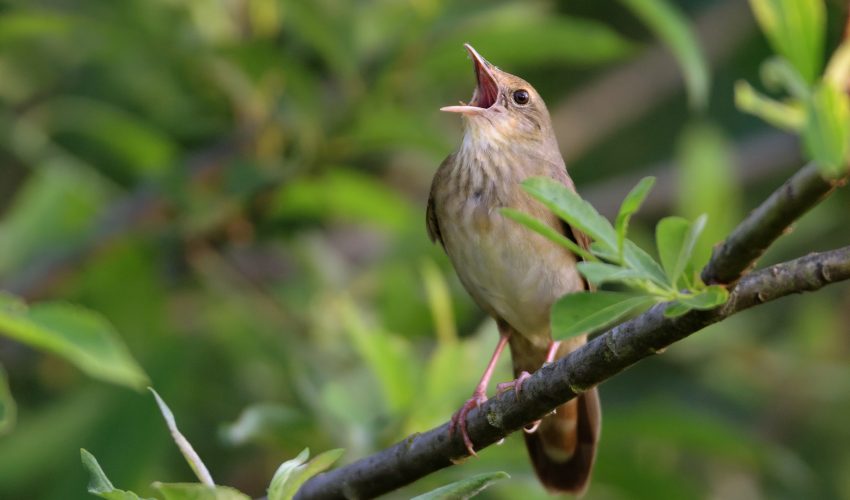 The Eastern wood pewee is a small North American bird named after the unique sound of its song.  While not yet classified as a threatened species, its numbers are declining at alarming rates. The number of these birds in the Washington D.C. area has dropped by over 50% in the last 70 years. Researchers from George Mason University teamed up to identify a likely cause for this rapid decline in bird population – the interference of traffic noise.

The researchers chose three parks in the Washington D.C. area to set up an observation. They selected sites where the traffic was constant, and also where the road was closed weekly for 36 hours at a time. The frequencies, bandwidth, and length of the birdsongs were analyzed. Low frequency traffic noise was added within 20 seconds of each bird vocalization along with full spectrum background noise.

The study, published today in the journal Bioacoustics, reveals that the birds changed both the length and frequencies of their songs as a result of shifts in traffic noise. When the traffic was silenced due to road closure, the songs returned to their natural state including longer duration, lower frequencies, and broader bandwidth.

Dr. Katherine Gentry of George Mason University is the lead author of the study. She explains, “We found that Eastern wood pewees modified their songs to optimize transmission depending on traffic noise levels.”

The interference of traffic can make bird habitats unsuitable for many reasons. Besides immediate threats such as visible disruption and fatal vehicle collision, traffic disturbance can cause communication issues that have long-term repercussions. Birds will not only have a more difficult time establishing and maintaining their territories due to a lack of communication, but will also find it more challenging to attract mates and maintain bonds with them.

Significant changes are needed for the Eastern wood pewee to thrive again. The ideal solution for conservation of these and other roadside habitats is uniform noise reduction. According to the authors of the study, road closures and traffic rerouting could become part of a much-needed conservation effort.

“The results confirm that temporary measures to reduce traffic noise, such as weekend road closures, can benefit animals and is a feasible and effective option for managing traffic noise,” concludes Dr. Gentry.