Tropical cyclones are set to become twice as destructive • Earth.com 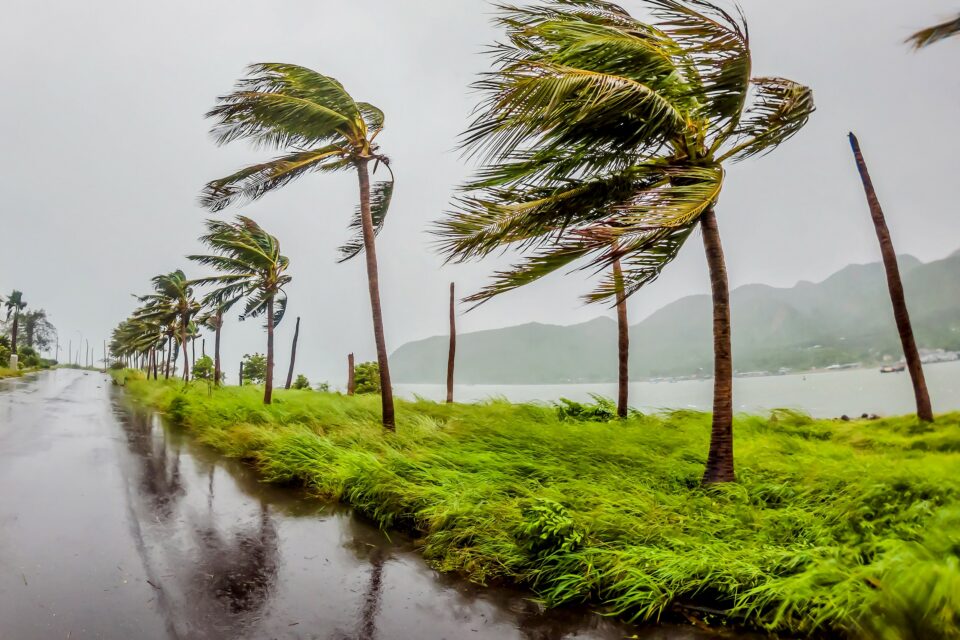 Tropical cyclones, with their associated strong winds, heavy rainfall and sea surges, cause severe destruction to property and endanger the lives of people. Over the past 50 years, these natural disasters have caused almost 780,000 human fatalities and US$ 1,408bn in economic losses.

New research has now shown that, in the past four decades, the inland impacts of tropical cyclones in the eastern and south-eastern regions of Asia have increased steadily.

The research, conducted by Dr Chi-Yung Tam at the Chinese University of Hong Kong, and colleagues, involved analyzing historical data on tropical cyclone impacts on inland areas during the past four decades (between 1979 and 2016). The researchers then projected future changes in cyclone-related impacts in these regions under the Representative Concentration Pathway 8.5.

The findings, published today in the journal Frontiers in Earth Science, show that there has been a dramatic increase in the inland impacts of western north Pacific cyclones since 1979. Cyclones are now stronger when they make landfall, they last for longer periods and penetrate further inland.

More specifically, the landfalling cyclones have lasted between two and nine hours longer and have gone an average of 100km further inland. The most significant increase in tropical cyclone inland impacts occurred over Hanoi in Vietnam, and the south China region.

“Tropical storm-related hazards can definitely affect inland regions, and we should pay more attention to this, especially under the climate crisis,” continued Tam.

Current climate models suggest that the climate crisis could exacerbate tropical cyclones. Other research has also shown that heating oceans could intensify their strength. The stronger a cyclone is at landfall, the greater the distance it will travel inland, and the more destruction it will cause.

The researchers predict that, compared to the present-day period (between 1979 and 2003), by the end of the 21st century (2075-2099), the average landfall intensity of tropical cyclone winds will increase by two meters per second (6%), while they will last for 4,9 hours longer (56%), and go 92,4km further inland (50%). These results show that tropical cyclones will almost double in destructive power over Asian inland regions.

“The climate crisis will likely continue the increasing trend in landfalling typhoons and their impacts on inland regions, based on high-resolution climate model projections. More Asian inland regions may be exposed to more severe storm-related disasters in the future as a result of the climate crisis,” said Tam.