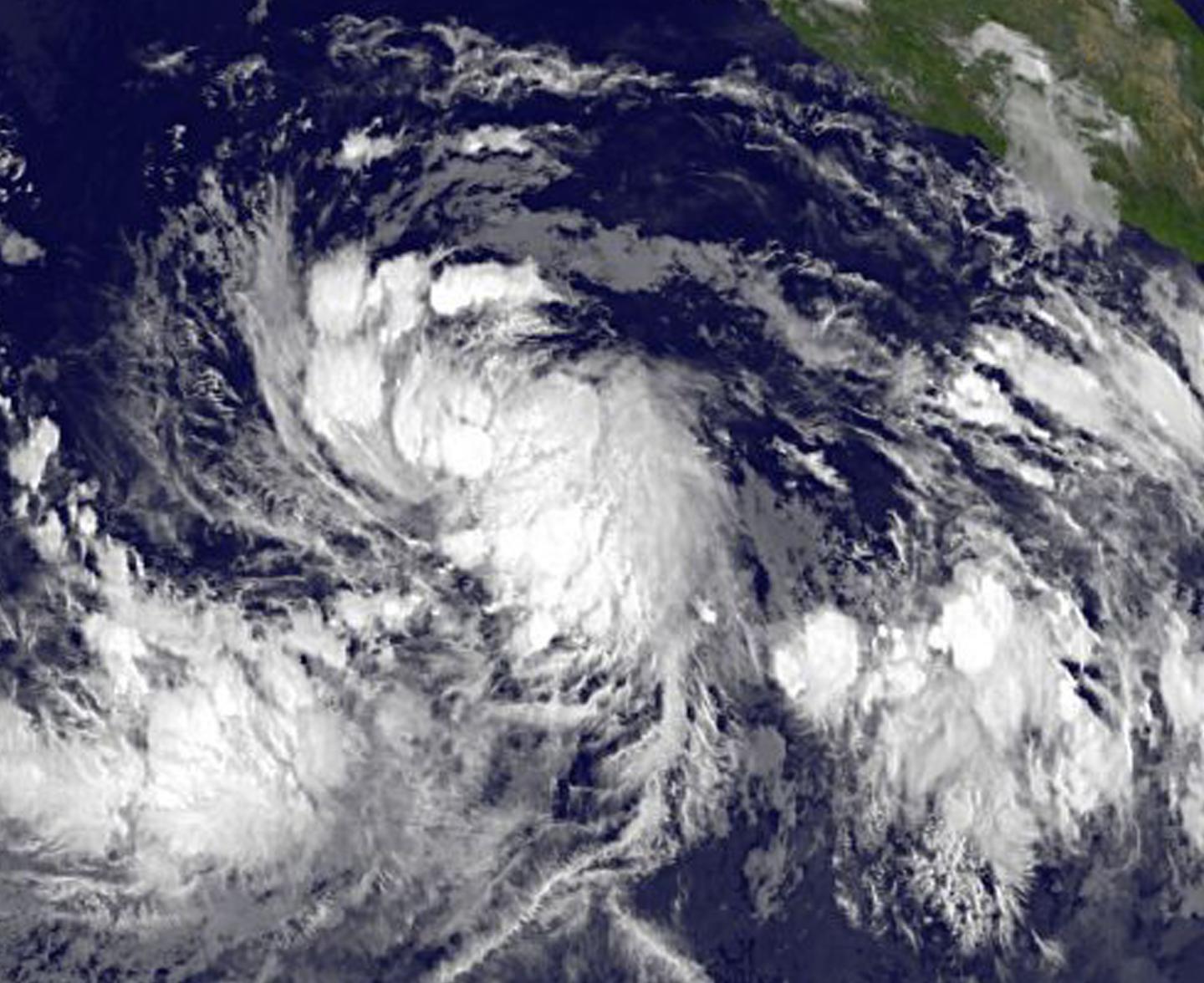 At 11 a.m. EDT (1500 UTC) on July 8 the center of Tropical Storm Celia was located near latitude 12.6 north and longitude 112.8 west. That’s about 735 miles (1,185 km) south-southwest of the southern tip of Baja California, Mexico. Celia was moving toward the west near 9 mph (15 kph) and the National Hurricane Center (NHC) said that this motion is expected to continue with some increase in forward speed during the next couple of days. Maximum sustained winds have increased to near 45 mph (75 kph) with higher gusts. The estimated minimum central pressure is 1003 millibars. Tropical Depression 4E intensifies into Tropical Storm Celia

The NHC said that Celia is forecast to be in an environment of light vertical wind shear for the next 3-4 days over the next day or two the cyclone will pass near or over an area of cooler sea surface temperatures left in the wake of Hurricane Blas. This should slow intensification during this time, but Celia is expected to intensify to hurricane strength by Sunday, July 10.