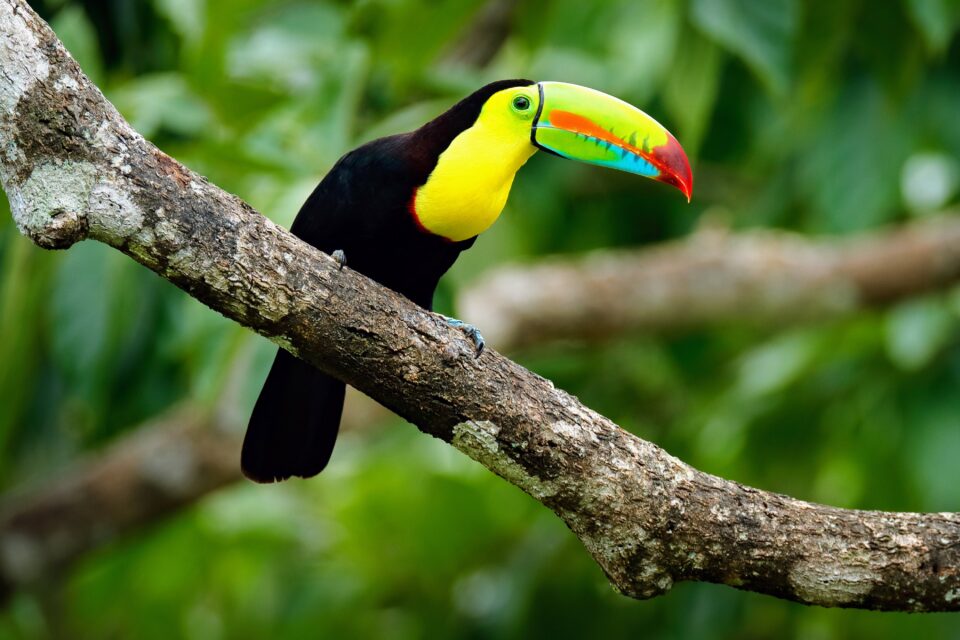 The critical importance of protecting and restoring tropical ecosystems was a major focus of the recent UN Climate Change Conference (COP26). In order to makes positive strides in the right direction, however, scientists must first gain a better understanding of how much carbon dioxide is actually released during deforestation, and how much is absorbed as forests recover.

A new study led by the Smithsonian Tropical Research Institute (STRI) is shedding new light on this complex subject. The research was based on measurements of forest carbon storage in Panama.

Ultimately, the results of the study will reduce the uncertainty of mathematical models that are used to predict the extent of carbon dioxide emissions associated with deforestation. According to the researchers, their work also highlights the amazing capacity of young, regenerating or secondary forests to pull CO2 from the atmosphere.

“In 2014, the government of Panama created the “Alianza por el Millón” (Alliance for a Million), a government partnership bringing together business, non-governmental organizations, educational institutions and other organizations to reforest one million hectares,” wrote the study authors.

“These efforts are advancing in recognition that vast areas of the world could be reforested, thereby making significant inroads to combating climate change.”

The study analyzed the outcomes of various deforestation scenarios based on: recent deforestation trends, rates of deforestation calculated in the decades prior to 2000, and more optimistic scenarios in which deforestation is completely stopped or where forests regenerate on all available land.

“Panama has been making strides to calculate both the carbon sequestration potential in its forests and emissions due to forest loss,” said study lead author and STRI staff scientist Jefferson Hall. “Scenarios can help decision makers better anticipate the potential consequences of alternative sets of land-use decisions, which have a significant impact on Panama’s climate mitigation strategy.”

The experts calculated deforestation rates based on maps of existing forest cover in Panama that were created by study co-author Kendra Walker.

The research team, which included scientists from the Harvard Forest, also used a Panama-wide carbon density map that was produced using the airborne laser technology LiDAR.

The study showed that at the current rate of deforestation, central Panama could still store about 15 percent of the national carbon goals by 2050. In a scenario where deforestation was completely stopped in central Panama and the forest could naturally regenerate, the country could achieve up to 56 percent of its goal.

By contrast, an accelerated rate of deforestation would cause Panama to lose almost half of its forests and up to 25 percent of its carbon baseline by the middle of the century.

According to the experts, meeting Panama’s carbon sequestration goals will require a combination of active reforestation and allowing passive natural processes of forest succession to take place.

The study is published in the journal Landscape Ecology.