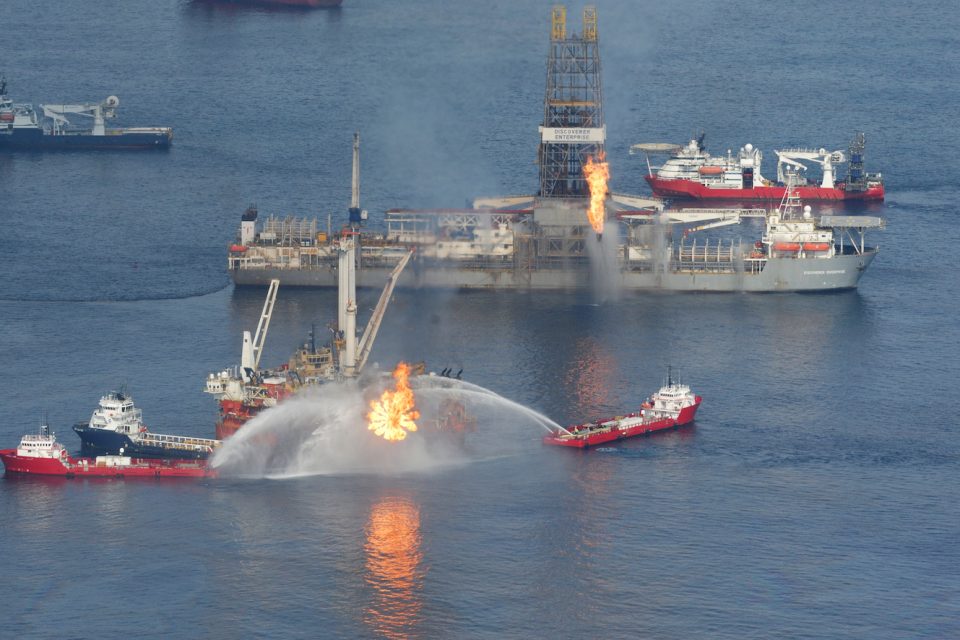 The Trump administration has relaxed offshore drilling regulations that were implemented after the 2010 Deepwater Horizon oil spill disaster.

The Gulf Oil Spill, caused by an explosion on the Deep Water Horizon Oil Rig, is considered the worst oil spill and environmental disaster in United States history.

The initial explosion on the rig killed 11 people and in the days following it was discovered that one of the underwater British Petroleum pipes was leaking oil and gas.

It took 87 days to cap the leak and by that time nearly 4.9 million barrels of oil had spilled into the Gulf.

After the spill, BP agreed to pay $18.7 billion in fines and damages. and the Interior Department’s Bureau of Safety and Environmental Enforcement was created in an effort to prevent future disasters by increasing safety regulations for offshore drilling.

This week, the New York Times reported that that same department, now under the direction of the Trump administration, has finalized a new ruling rolling back the restrictive safety measurements put in place after the Gulf Spill.

The reasoning for the rollback was that the safety regulations stifled the profits of oil companies and their shareholders, making operations more difficult.

The Trump administration has made its goals of prioritizing fossil fuel industries clear, and the new proposal is in line with administration’s overall mission.

Some of the changes in the new ruling include no longer requiring of-shore rigs to have their equipment and safety measures independently verified.

Oil companies also no longer have to design equipment that will perform under the most extreme conditions.

Many oil companies have been lobbying for the rollback of the safety measures and the news of the ruling was looked on favorably by the oil industry.

However, environmentalists feel that the new rules will open up the possibility for future oil spills and damage to the environment.

“These rollbacks allow offshore oil companies to self-police and prioritize industry profits over safety,” Diane Hoskins, the campaign director for offshore drilling at Oceana, an advocacy group, told the New York Times. “This is a slap in the face to coastal communities and marine life that are most at risk from devastating oil spills.”