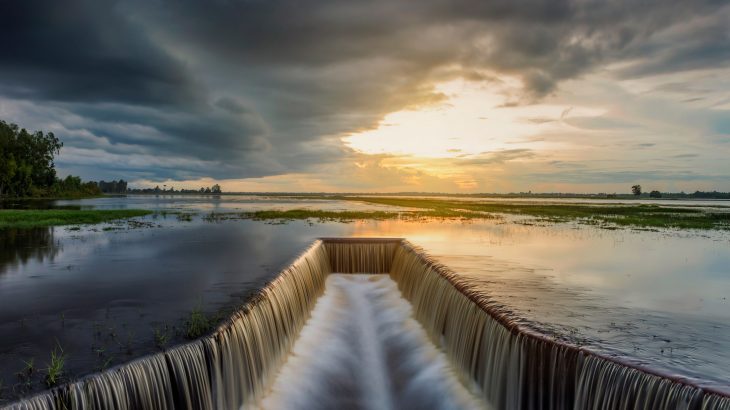 In yet another controversial move, the Trump administration has finalized the reversal of an Obama-era rule that was designed to protect the nation’s waterways from pollution. President Trump made it clear before he was even elected that he wanted to overhaul the Waters of the United States (WOTUS) rule, calling it “one of the worst examples of federal regulation.”

The deregulatory action represents the biggest rollback of Clean Water Act protections since the law was passed in 1972, removing federal safeguards for tens of thousands of miles of streams and millions of acres of wetlands.

Critics of the WOTUS rule said that it placed too many restrictions on farmers, land owners, and developers, and gave the government too much power over what people were allowed to do on their private properties. For example, farmers using land near streams and wetlands were restricted from planting certain crops and needed special permits to use chemical pesticides and fertilizers.

According to EPA Administrator Andrew Wheeler, the new approach will make it simple for farmers to determine which water bodies on their property are subject to federal regulation without paying thousands of dollars for engineers and legal consultants.

“Today’s final rule puts an end to an egregious power grab, eliminates an ongoing patchwork of clean water regulations and restores a longstanding and familiar regulatory framework while we consider public comments on our proposed revised definition of waters of the U.S.,” said Wheeler.

However, not everyone agrees with the logic behind the repeal, which will take effect in just a few weeks. The replacement rule is still in the works, but some environmentalists are already prepared to seek legal action.

“The clean water rule represented solid science and smart public policy. Where it has been enforced, it has protected important waterways and wetlands, providing certainty to all stakeholders,” said Jon Devine, who is the director of federal water policy at the Natural Resources Defense Council.

“The Trump administration’s wild-eyed attempts to reward polluters, however, knows no bounds, so it is repealing these important protections without regard for the law or sound science.”

Betsy Southerland is the former director of Science and Technology in the EPA’s Office of Water.

“This will mean that miners can do mountaintop removal and fill in streams, pipelines can cut across wetlands, land developers can build on wetlands without a permit,” Southerland told NBC. “What they are doing with this repeal, is leaving it to the states to handle it. I can tell you that there are very few states that have permitting and enforcement programs to do this. They have always depended on EPA.”

“The cumulative effect of all these wetlands being lost and all these headwater streams being destroyed is going to have an enormous negative impact on all the waters we use for drinking and recreation.”

“Wetlands are big flood control functions and filter pollutants out before they get to streams that we drink from. All of that will be lost if we no longer have these protections, and once you lose them you can’t get them back.”