Clean water protections to be rolled back by the Trump administration • Earth.com 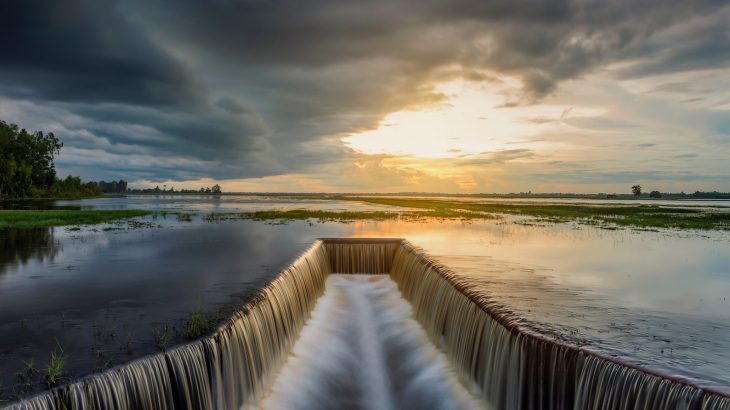 Clean water protections to be rolled back by the Trump administration

The Trump administration has proposed a plan to overturn key regulations under the Clean Water Act that were designed to protect thousands of miles of streams and millions of acres of wetlands from contamination. Critics say that the repeal is a blatant attack on the safety of American waterways and drinking water.

“Big polluters could not have crafted a bigger free pass to dump if they wrote it themselves,” said Blan Holman, who is a managing attorney for the Southern Environmental Law Center. “This administration’s efforts to dismantle the Clean Water Act are a full-frontal assault on one of our country’s most important and longstanding environmental safeguards that has prevented unchecked and unlimited pollution from contaminating our waterways and drinking water sources for nearly 50 years.”

The proposal is taking direct aim at an Obama-era regulation, known as the Waters of the United States (WOTUS) rule, which President Trump has referred to as “a massive power grab.” He is arguing that the legislation restricts the rights of farmers, real estate developers, and landowners.

For example, the WOTUS rule prevents farmers from certain activities that may contaminate nearby rivers and streams, and requires them to get special permits to use fertilizers or pesticides that may result in runoff. These conditions, along with many other federal protections for rivers and streams, will be lifted under the new plan by the Environmental Protection Agency.

Kim Glas, the Executive Director of the BlueGreen Alliance, said: “Every American wants to be sure that their family is safe, and that means clean, safe drinking water. However, the Trump administration today proposed to significantly weaken the Clean Water Rule, which safeguards the drinking water supplies for 117 million Americans. Enough is enough. The EPA should scrap their changes to this rule and instead enforce the existing rule that protects the water quality for millions of Americans.”