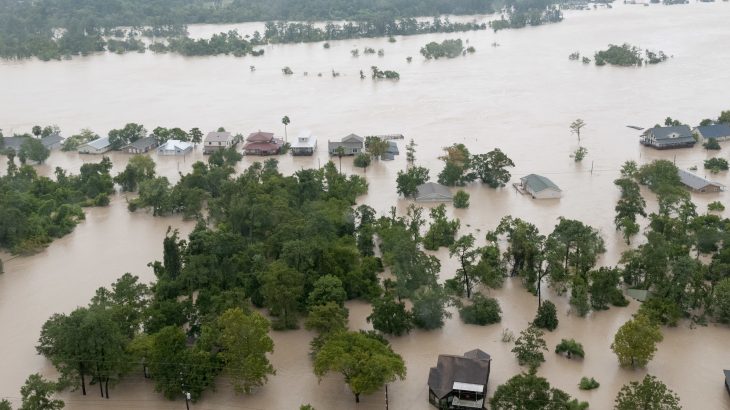 Wheeler’s red herring fallacy instead urges the press and public to shift their perceptions and focus to all the good that the EPA and other government initiatives have done to protect the environment.

“We need to fix this perception, and we need the help of the press,” Wheeler said while addressing the National Press Club earlier this week. “The public needs to know how far we’ve come, as a nation, protecting the environment.”

For Wheeler, focusing on the ever increasing severity of climate change and the countless studies that project increasing temperatures, sea level rise, extreme weather events, crop failure, displacement of millions of people, and mass extinctions does a “disservice” to the American public.

The EPA Administrator started his speech to the National Press Club by citing a Gallup poll that found that people have an increasingly negative view of the condition of the environment in America.

“Every year since 2001 Gallup has conducted polling on the same question: Do you think the quality of the environment in the country as a whole is getting better or getting worse? Every year since 2001 more people have said, ‘Getting worse than getting better’” Wheeler said. “We need to fix this perception and we need the help of the press. The public needs to know how far we’ve come as a nation protecting the environment.”

According to Yahoo News, Wheeler accused the press of “alarmist coverage” and not promoting the positives of the EPA, such as the improvements to air quality made since the agency’s establishment in the 1970s.

The EPA Administrator also dislikes how much the media focuses on his past coal lobbying days.

It’s no secret that the Trump Administration has been working hard to roll back environmental protections put in place during the Obama Administration.

While the EPA has worked to clean the environment and improve air quality through the years, you don’t have to dig too far back to find instances when policy, pushback, budget cuts, and economic gains put environmental protections on the back burner in favor of whichever Administrative agenda was in power at the time.