What happens when the EPA doesn’t protect the environment? • Earth.com 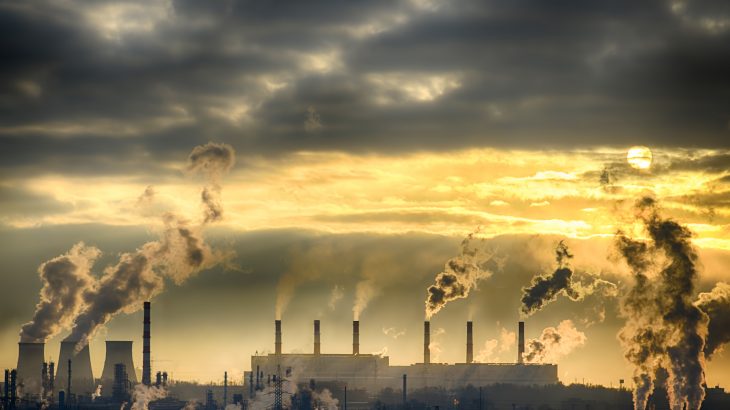 What happens when the EPA doesn’t protect the environment?

The Environmental Protection Agency (EPA) was established in 1970 in direct response to increased, widespread concern about the environment.

At the time when President Nixon first established the agency, photographers hired by the EPA documented the overwhelming pollution problems facing America at the time. The EPA was tasked with monitoring, regulating, and enforcing environmental protection.

But how well has the agency upheld those key cornerstones of sweeping environmental legislation, and what is the EPA’s role when it comes to the balance between economic gains versus environmental protections?

The EPA has certainly made the news recently, and mostly because of concerns that the Trump Administration is working to roll back environmental protections set in place by the Obama Administration to help combat climate change.

Taking a closer look at the early beginnings of the EPA and its actions throughout different administrations can provide us with a better picture of the government environmental agency to see if it has stayed true to its original mission.

As you’ll soon see, Trump’s moves to rollback EPA policies and regulations is not the first time the agency has been on the chopping block for budget cuts and policy rollbacks.

A press release written by William D. Ruckelshaus, the first Administrator for the EPA, highlights not only why the EPA was formed but also what Ruckelshaus saw as the key mission of the agency.

“It [the EPA] has no obligation to promote agriculture or commerce; only the critical obligation to protect and enhance the environment. It does not have a narrow charter to deal with only one aspect of a deteriorating environment; rather it has a broad responsibility for research, standard-setting, monitoring and enforcement with regard to five environmental hazards; air and water pollution, solid waste disposal, radiation, and pesticides.”

Ruckelshaus was later chosen to the head the FBI as the acting director, and when Nixon ordered Ruckelshaus to fire the special prosecutor who was investigating Watergate, he refused and was consequently fired.

It wasn’t long before the idyllic mission statement of the EPA was strongly contested.

The agency began receiving pushback from industries and businesses, which eventually forced the EPA to take economic issues and risks assessment into consideration, according to Adam Rome, an environmental historian who spoke with The Atlantic.

By all accounts, the EPA’s first few years were successful, as the agency worked diligently to clean up America’s pollution.

Those first few years of the EPA gave us the Clean Air Act and the Clean Water Act, legislation that has been instrumental in regulating water and air quality and limiting pollutants.

A few presidential terms later, Ronald Reagan was elected into office as the 40th President of the United States, marking the beginning of a particularly tumultuous chapter of the EPA’s history.

When Reagan took office, the EPA was going through several scandals and, reminiscent of current events, then EPA Administrator Anne Gorsuch was forced to resign.

Gorsuch, the first female Administrator in the history of the EPA, seemed to do everything in her power to essentially gut the agency to a shell of its former self. Budget cuts, personnel changes, and gross mismanagement of the Superfund cleanup program were Gorsuch’s legacy.

The Superfund Cleanup Program had been established by Congress to help clean up hazardous waste, and the program originally identified around 14,000 potential dumping grounds.

However, of these, only five had work done, and Gorsuch was cited for contempt of Congress for refusing to turn over subpoenaed documents on different sites, according to Newsweek.

In 1983, the Washington Post had this to say of Gorsuch’s budget cuts:

“The cuts are so massive that they could mean a basic retreat on all the environmental programs of the past 10 years, according to agency sources and administration critics. At the same time, divisions between Administrator Anne M. Gorsuch and career agency staff over her approach to policy making have all but reached open warfare.”

After Gorsuch left, Reagan, in a move to restore the public’s faith and trust in the EPA, brought back William Ruckelshaus, according to a piece in the Conversation.

Even amidst Reagan’s famed tax cuts, Ruckelshaus was able to implement environmental protections and steer the EPA out of its mired, scandalous past.

Under the direction of the Ruckelshaus, the EPA laid the groundwork for some crucial environmental and human health and safety measures including finding ways to protect the ozone layer and banning asbestos.

According to the Conversation, Ruckelshaus’ second involvement with the agency proved that environmentalism still had a place and voice in a conservative, Republican administration, something that we could maybe learn from today.

Let’s jump forward in time a couple of decades to the early 2000s, when climate change began picking up steam and with it, political discourse about the EPA’s role in mitigating its impact.

In 2007, the Supreme Court ruled that the EPA had to act on previous findings (by the EPA itself) that greenhouse gas emissions were a form of pollution and as such endanger human health.

But today, Trump, Scott Pruitt, and now Andrew Wheeler are careful in their discourse on climate change to help push their own agendas without outright denying the impacts of climate change.

For example, the rolling back of coal pollution standards and allowing states to set their own coal plant emission limits chips away at greenhouse gas emission protections.

To the outside eye, and for many concerned environmental groups and politicians, these policies go in the face of the EPA’s mission and what it was legally mandated to do, regulate CO2 emissions which are a threat to public health and the environment.

Unbiased and thorough vetting of climate and pollution research is crucial for deciding policy, and by disbanding certain review committees, it could set a dangerous precedent for biased and uninformed policy.

The EPA, like any government agency, has not been without its problems and is also largely influenced by whichever administration currently holds office.

The agency can and will only ever be as good as both its administration and its administrator. When these facets act together in the service of private interests rather than the health and safety of the American public and environment, the original aim of the EPA is reduced to a punchline.

And unless more is done by Wheeler and the EPA to work with energy companies, limit emissions, protect the environment, and shift the focus to renewables, this chapter in the EPA’s history could be looked at decades from now as a major low point of choosing to act against the well-being of the American people and the environment.