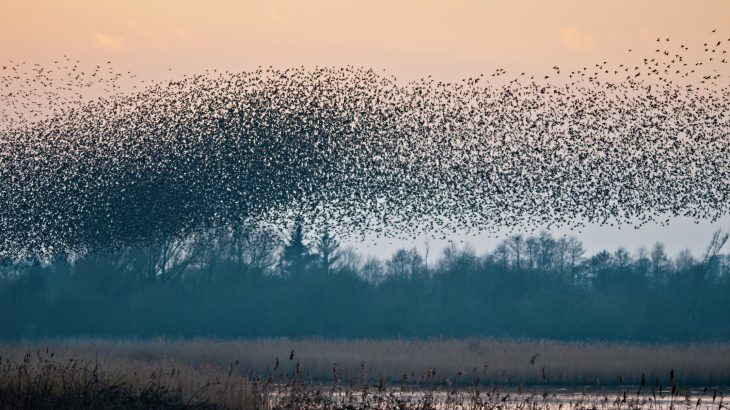 A team of ecologists from the University of Gloucestershire searched Twitter using both text and hashtags for any observations on popular ecological phenomena across the UK, such as the emergence of flying ants and starling murmurations. The data gathered from the tweets was compared to three related studies, and was found to be accurate and reliable.

The researchers determined that the “Twitter-mined” data was able to replicate many of the temporal findings of the published research, such as the dates and times of ant mating flights or house spider sightings. In addition, the analysis of photos uploaded in tweets reproduced the gender ratios of house spiders.

“The retrospective analysis of social media has been used widely to detect earthquakes or political sentiment, but not so much in ecological research,” said study lead author Professor Adam Hart. “Our study shows that passive citizen science, where we gain information and access to photos indirectly through Twitter or other social media channels such as Facebook and Flickr, can indeed generate robust and interesting data.”

Tweets automatically generate a date and time stamp, and people usually post on the same day of a sighting.

“It is perhaps the immediacy of Twitter, the ‘urgency’ of the phenomena and the desire to connect with other users that have produced so many usable tweets,” said Professor Hart. “The emergence of winged ants is also popular in the media and hashtags like #flyingantday often trend on Twitter.”

It is more challenging to pinpoint the location of a sighting through Twitter because it is rarely published in posts. Twitter has recently launched the option of having latitude and longitude automatically added to tweets via “share precise location,” which could grant researchers better access to location data.

“Twitter can provide a valuable tool for phenological studies of charismatic events and species,” said Professor Hart. “Dog owners noting ticks on their animals, or the timing of frog spawning or foxes mating are just some of the questions that could be explored.”

The researchers encourage members of the public to participate in ecological studies, and recommend for users to promote specific hashtags that will make it much easier to search through Twitter archives.

The study is published in the journal Methods in Ecology and Evolution.