UK heatwaves show no sign of slowing or disappearing • Earth.com 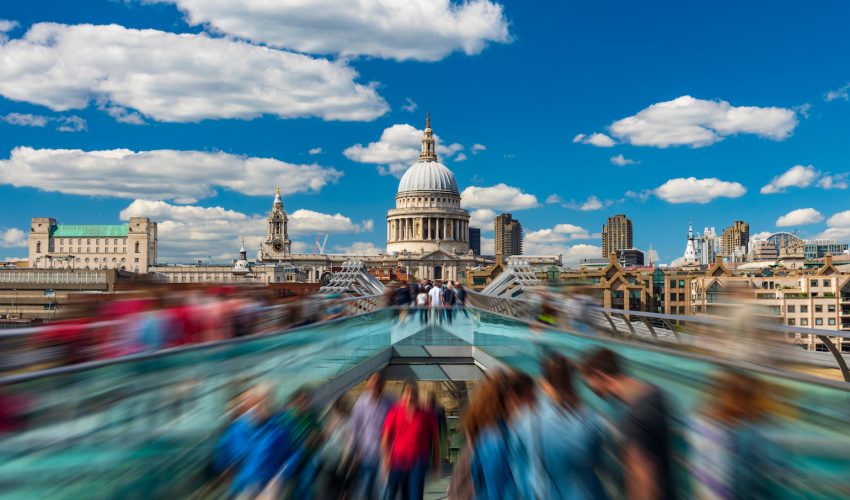 UK heatwaves show no sign of slowing or disappearing

The recent heatwaves many people have been suffering through in the United States have been affecting our friends in the United Kingdom as well. Britain has been experiencing high temperatures in excess of 90°F as an “Iberian plume” moved in from the continent, resulting in a heatwave that has been responsible for hundreds of deaths. During the height of the heatwave in a 15-day period in June and July, almost 700 more deaths than average resulted due to excessive heat.

Unfortunately for the Brits, a shocking new study gives evidence that these heatwaves are not likely to end as the years go on. Scientists at the University of Bristol used computer simulations from around the world to determine the probability of future occurrences of a heatwave with the same temperature as 2018, using the predicted changes to future global temperatures set out in the Paris Agreement.

“’As the extreme European heatwave persists into August, with notable droughts, wildfires and impacts on human health, the question being asked is how often would a similar heatwave re-occur in the future? We show that in our current climate, heat waves similar in temperature to the present one would occur about once every five to six years, on average,” explains Dr. Dann Mitchell, one of the researchers on the study. “Our climate models are not perfect, and they cannot capture all aspects of the current heatwave, but they can give us a reasonable estimate as to what to expect in the future.”

There would be numerous consequences to continued heatwaves – heat-related mortality being one of the more obvious ones. Mitchell also believes migration would be another issue, as people in less developed countries may migrate from rural to urban areas during long heatwaves and droughts. Agricultural practices could also change, and productivity could drop as it would be less practical and more dangerous for people to be working in high heat.

The researchers point to cutting greenhouse gases as the best way to curtail this warming. This would mean governments coming together to determine how to go about reduce their country’s carbon footprint, as well as citizens reducing their own carbon footprint on an individual level. With this summer having the potential to be the hottest on record in the UK, it seems like time is running out for us to maintain a planet where these types of heatwaves are not a common occurrence.