Uncovering mammoths at the Snowmastodon site in Colorado • Earth.com 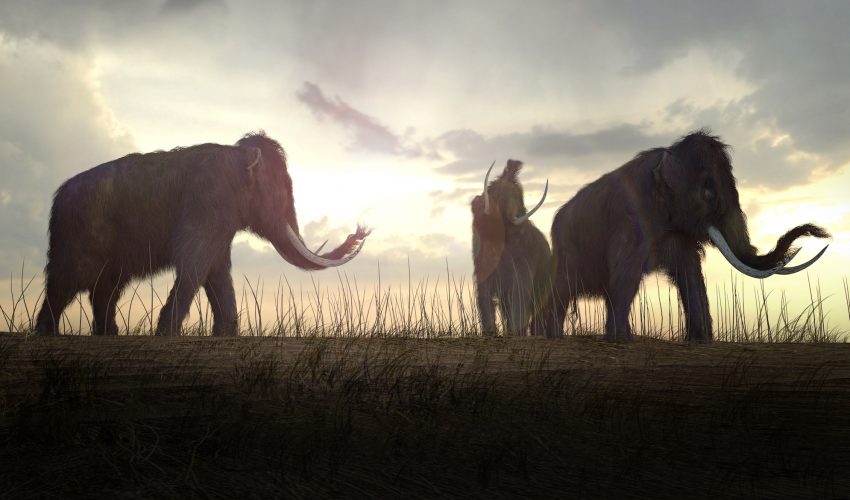 Uncovering mammoths at the Snowmastodon site in Colorado

I once worked in a fossil casting studio in Fruita, Colorado.  Since I left, the studio has been lucky enough to cast mastodon fossils straight from Snowmass Village Colorado.  The fossils of giant extinct mammals were first discovered at the Snowmastodon site in 2010. Much like the more famous La Brea Tar pits in California, the Snowmass discovery happened by accident.  In La Brea the tar was being used for construction material, in Snowmass, the fossils were discovered at the bottom of a construction site.

When work began, paleontology wasn’t a concern.  Initially, a simple reservoir was being expanded to supply drinking water to the village of Snowmass.  The first mammoth discovery was made by Jesse Steele who was using a bulldozer to clear the area when bones were found.  The bones were turned over to a project foreman, Kent Olsen who took them home and identified the bones as mammoth fossils.  The United States Geological Survey (USGS) was informed of the discovery.  Teams from the USGS and the Denver Museum of Nature and Science worked together to excavate the paleontological remains at Snowmass.

Often this is the reality of paleontology discoveries; I’ve worked on an ancient shark that was found in a stone quarry.  There is more digging for everyday sort of things, construction or mining than paleontology. Usually discoveries are by chance, a glimpse of the amazing depth of our world’s history.  Mostly, mastodons and mammoths were discovered at the Snowmastodon site, but there was also a camel, horse, sloth, a deer. All told, there were over 36,000 vertebrate fossils representing over 100 species discovered in Snowmass.  Another 100 species of invertebrates were also excavated at the Snowmastodon site.

Although perhaps not as famous as the La Brea tar pits, Snowmastodon is one of the better sites for mammalian paleontology and perhaps archaeology.

I say “perhaps” archaeology because that is one of the more contentious ideas of the Snowmastodon site.  Earlier this year, Independent reported on the genetic evidence from a child discovered at an archaeological site in Alaska.  From the genetic evidence, scientists suggest that people may have colonized America as early as 25,000 years ago.  It’s one piece of evidence that pushes the theorized colonization date back by 10,000 years from what archaeologists previously thought.  If Snowmastodon is an archaeology site, it would mean humans were in North America 50,000 years ago and in Colorado, much further south than Alaska.  There is other evidence suggesting that humans could have been on North America that long ago.

In 2017, the New York Times reported on evidence that humans may have been in California as early as 130,000 years ago.  If the evidence holds up, it’s still not clear whether the early people were ancestors of modern Native Americans or people who arrived too early and simply died out.

One of the mysteries surrounding the Snowmastodon site is why is it even there?  What caused so many large mammal fossils to be found together in one spot? The geological evidence shows that what was destined to become a reservoir for human use was once a lake visited by ancient mammals.  One hypothesis is that an earthquake caused the sediments of the lake floor to liquefy. If the sediments liquefied at the right time, mastodons, mammoths, giant sloths and all could become trapped in the shallow lake bottom as if in quicksand.  However, it’s unlikely that so many animals would be trapped at once by such an unusual occurrence but it’s not impossible.

Another theory as to why there was such a large assemblage of mammals in one place is a bit more interesting. In other parts of North America, early human arrivals have been shown to cache meat under water to preserve kills.  The University of Michigan reported on such techniques near the Great Lakes region:

‘”Underwater caching turns out to be a simple and effective way to store meat for long periods. Fossils preserved at ancient cache sites suggest it was an important and common part of the winter-to-spring subsistence strategy of Ice Age hunters,” said Daniel C. Fisher, Professor of Geological and Biological Sciences and curator of the Museum of Paleontology.

Evidence that the site at Snowmass is a cache of a human hunt is still a bit controversial.  At the top of the site several stones were discovered that didn’t quite fit with the local geology.  The stones were possibly placed on top of a kill to weigh a mastodon skeleton down, keeping it under water where the meat would last longer and be hidden from other predators.

If the Snowmass site is indeed evidence of much earlier human occupation of the North American interior and even a hunt, it could change our views of archaeology and large mammal extinctions.  One hypothesis of why ancient mammals such as mastodons and mammoths died off is the overkill hypothesis. Basically, it’s thought that humans arriving to North America might have hunted to extinction mammoths, mastodons, giant ground sloths and other impressive megafauna.  Mastodons themselves went extinct around 10,000 years ago, about the time some archaeologists believe humans were first arriving to the continent. If as far south as Colorado, humans were butchering and caching Mastodon carcasses, it could change how we view the dynamic interplay between ancient elephantids and ancient humans.

The Snowmastodon site was excavated, all the fossils likely to ever be found were removed.  Photographs in three dimensions were taken of many of the pieces upon removal in an attempt to document everything.  The fossils were slowly cleaned and prepared, many of them were cast so that scientifically exact replicas can be shared and put on display.  In the end, work on the Snowmastodon site officially ended in 2011 and what was once the burial site of ancient creatures in a lake bottom was once again flooded, this time as a reservoir.

Fossils are on display at the Denver Museum of Nature and Science.  You can visit for free the Ice Age Discovery Center at the Snowmass Village Mall.  The Discovery Center claims the site to be the, ‘World’s finest ice age fossil discovery’ then in fine print letters, ‘near Snowmass Village, CO’.  Taken altogether, the statement is true. It also claims to be the ‘finest high-elevation fossil site in the world’ a claim hard to substantiate as what high elevation and fine mean are subjective.  If it turns out that the site is archaeological and not just paleontology though, no hyperbole will be needed to describe its importance.

A few last pieces of evidence: small stone flakes were found at the Snowmastodon site.  It’s possible that the flakes were crude tools or pieces of tools or flakes made from chipping tools out of stone.  It’s also possible that the flakes are just chips of rock with no connection to humans at all. In relation to the possibility of stone cutting tools, there are striations on mastodon bones found at Snowmass.  To some the striations appear too uniform, parallel cuts where tendons would have once lay. To some these scratches on the bone seem to the marks of an ancient butcher cutting meat from a kill.

With excavation officially concluded and the paleontology site now underwater, it seems unlikely more evidence will be found.  Living on a planet as old as ours, we have time to wait. Perhaps another construction project in Snowmass will uncover other bones with more conclusive evidence. Maybe years from now another scientist looking on a drawer of bone collections in Denver will see with new eyes something missed.  Perhaps the Snowmastodon site will always remain a mystery. We will never know all the details of the lives of humans and beasts that lived before us. There will always be a little bit of mystery and perhaps, that is for the best.