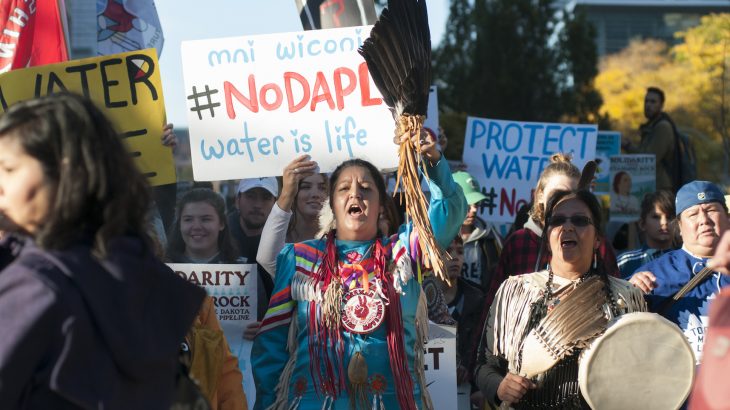 The right to peacefully protest is a cherished American liberty, but it’s also one that often runs afoul of law enforcement agencies. Conflicting interests of protecting the liberties of protestors and upholding order and civility aren’t always handled the same by the government or law enforcement. In fact, it sometimes feels like the government is playing favorites, allowing groups with certain agendas to go further than those with different agendas.

Protestors like those at Standing Rock faced enormous pressure. Law enforcement used tear gas grenades, water cannons, tasers, pepper spray, bean bag rounds and more on Standing Rock protestors. More than 300 people were injured in conflicts with law enforcement during the protests. According to The Guardian, the UN even investigated human rights abuses against the protestors.

Standing Rock was exceptionally violent, but the crackdown on protestors there isn’t an isolated case. As I previously reported partially in response to Standing Rock but also to forestall future environmental protests, states are ramping up laws against protesters. In February 2018, the National Lawyers Guild said that conservative led anti-protest bills introduced had already doubled compared to the entire previous year.  The bills jumped from 25 proposed in 19 states to 58 bills in 31 states. Nine bills were introduced in the first two months of 2018 alone. Not only is this crack down on non-violent protests disturbing, it’s especially so compared to what recent right wing activists have been allowed in a few recent cases.

The armed takeover of the Malheur National Wildlife Refuge is a perfect example. Not only was this a case of federal property being occupied by force, it was sparked as a protest of the loss of grazing rights by ranchers accused of arson and other crimes. One man was killed by law enforcement during the standoff but largely, those involved in the armed occupation got off easy. The leaders were acquitted of charges. The ranchers who were initially charged with five years for arson and inspired the armed takeover were granted clemency by President Trump. This stands in stark contrast with pipeline protestors that have been monitored by law enforcement as potential terrorists despite carrying out nothing more than unarmed protests.

Recently, another example of anti-environmental activists being allowed to run amok was seen in Oregon. Earlier this month, High Country News reported that Oregon was set to join California and others by joining the international emissions cap and trade market. The bill came shortly after Washington state passed its own package of climate bills. Reducing emissions seems like a standard these days but Vox reports that Oregon’s bill was different. Several states and cities have already moved to reduce emissions from electricity production but Oregon was set to be the second state to mandate reduction of greenhouse gas emissions across all industry. The goal of “The Clean Energy Jobs Bill” HB 2020A was to reduce emissions 45% below 1990 levels by 2035 and 80% by 2050.

The bill would have allowed Oregon, a much smaller state, to join California and parts of Canada in a carbon trading market. The idea was risky, as it would mean that Oregon was betting its fate partially on the California model and market forces beyond the small state’s control. If Oregon’s gamble panned out though, it would prove the viability of California’s model not just for a populous state with a large economy but also with a much smaller state like California. The bill could have set an example for other states wishing to reduce carbon emissions and even ushered in a new era of state environmental policy, but alas it was not to be.

The bill seemed likely to pass and become law, but Oregon Democrats didn’t see what was coming. Loggers, truckers and others in traditional blue collar jobs in Oregon protested the bill vigorously. Then, as The New Yorker reports, eleven Oregon state senators left the state to go into hiding to avoid voting on the bill. This effectively denied the Senate the twenty people necessary to vote on the bill. When Democrats called on the state police to collect the rogue senators, right wing militia groups offered their services to protect the Republican senators “at any cost”.

Protestors were largely cast as being representatives of the logging, farming and trucking communities, posing as David to the Goliath of ‘big government’. Despite the posturing, several logging companies supported the bill, according to Willamette Week.

The New Yorker reports that the bill also had support from all nine of Oregon’s recognized Native American tribes, the state’s electrical utilities as well Nike and Uber. The bill was also supported by the oldest farm union in Oregon, due to the adverse effects of climate change on agriculture. Indeed, the bill had widespread support and was expected to pass until underhanded political tactics undermined it.

What happened in Oregon amounts to undermining basic democratic process because of the walk out by state Republicans. Support by armed militia groups against a state police force emphasizes the undemocratic nature of the standoff. Some of those opposed to a climate change bill were willing to use violence and yet they weren’t arrested or detained by force. The protestors were also allowed their place. Actually, in stark contrast to protestors at Standing Rock or Black Lives Matter advocates, some of the Oregon protestors were invited to the White House.

OregonLive reported that Timber Unity, an organization of loggers, that protested against the state climate bill had two members invited to the White House for a July 8 speech on “environmental leadership”. Marie Bowers, a farmer, and Todd Stoffel, a logger and trucker, both from Timber Unity were invited. Both are Trump supporters but seemed surprised by the invite. It is surprising but aligns with how the Trump administration that seems to be pushing a trend of cracking down on protestors they oppose on the one hand but offering support to the protestors who share their views.