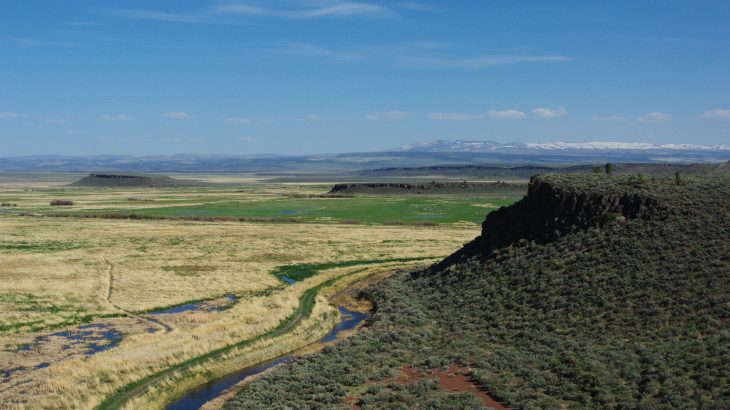 The armed takeover of the Malheur National Wildlife Refuge in Oregon led by Cliven Bundy and sons Ammon and Ryan Bundy got a great deal of media attention at the time. Armed ranchers faced off against federal agents on public land they had taken by force.

18 of those involved in the armed takeover of the wildlife refuge were sentenced in a federal court in Portland, Oregon.  The last was sentenced to prison on June 12, 2018 for his part in the 41 day armed occupation of federal property, according to the Department of Justice.  Three others pleaded guilty to misdemeanor trespassing and seven, including all three Bundys, the alleged leaders, were acquitted of all charges.  The acquittal of the leaders of the armed takeover was seen as a blow by many environmentalists who see the issue as one of public land protection and regulation, according to The Guardian.

One man who was involved in the standoff, Robert Finicum, was killed by law enforcement when he reached for a gun after being pulled over.  A 9mm handgun was later recovered by police. The passengers in Finicum’s vehicle claim that the death was wrongful and premeditated by police.  The FBI agent who fired two missed shots at Finicum before he was shot three times in the back by state police was indicted in 2017 for with holding the information that he also fired on Finicum, according to Statesman Journal.

Now Finicum’s wife is suing for $5 million in damages for herself and each of their 12 children.  According to the Bend Bulletin, the lawsuit and several others in Oregon was delayed by the government shutdown earlier this year.  Payments for jurors, professional witnesses and others weren’t available during the shutdown and has yet to be settled.

The ongoing legal battle over the takeover of Malheur Wildlife Refuge often obscures the origins of the conflict.  The fight is one of ranchers who feel entitled to use public land to their best interest, but it didn’t start with the Bundy family.

The Bundy’s claimed their armed occupation of the Malheur National Wildlife Refuge was to protest the unjust imprisonment of Steven and Dwight Hammond.  But the Hammonds never endorsed the Bundy’s violent occupation.

Steven and Dwight Hammond are also ranchers in Oregon who were sentenced to prison for arson on federal land in 2012.  According to the official indictment, a prescribed burning program was managed in the area by the Bureau of Land Management (BLM).  Land owners could opt into the burn program, a program paid for mainly by the BLM, and gain assistance from the BLM in burning their own private property to slow the conversion of grass rangeland into forest.  The Hammonds didn’t opt into this program, instead taking the matter of burning rangeland into their own hands, often damaging public lands and property as well as threatening the lives of government agents. The fires started by the Hammonds went back as far as 1999.

Hunting guide Gordon Choate testified on seeing one case of arson by the Hammonds himself, according to the Grand Jury Charges.  According to Choate and Dusty Hammond, nephew of Steven Hammond and grandson of Dwight Hammond, one fire was started on public land immediately after the family poached deer.  Several deer were shot and killed, one was left to run away injured without pursuit. This slaughter of deer on public land was obviously poaching and Steven Hammond handed out strike anywhere matches to the members of the hunting party, telling them to light them and drop them on the ground.  The fire destroyed 139 acres of public land and destroyed all physical evidence of poaching. The resulting fire is just one instance of several cases of arson the Hammonds were accused of and eventually sentenced for. The Hammonds were also known to have blocked firefighter vehicles on the road and told firefighters to ‘clear out’ after starting one fire.  Threats to federal employees had also previously been made by the Hammonds.

Initially, the Hammonds were sentenced to far less than the mandatory minimum of five years for arson but were resentenced to five years in federal prison by the Supreme Court.  It was this stiffer penalty, promoted by then acting U.S. Attorney Billy Williams, that sparked the takeover of Malheur.  Williams justified the punishment saying,

“We all know the devastating effects that are caused by wildfires.  Fires intentionally and illegally set on public lands, even those in a remote area, threaten property and residents and endanger firefighters called to battle the blaze”

Others pointed out that the initial sentencing was based on a characterization of the Hammonds as upstanding citizens and family men, characterizations that seem false.  Accusations of child abuse have been made against Steven Hammond, who allegedly sanded Dusty Hammond’s (his nephew) chest for at least five minutes to remove initials Dusty had carved into himself with a paper clip, according to The Daily Beast.  Dusty also claimed that Steven had previously punched him in the chest knocking him to the ground and once made him eat two cans of chewing tobacco.

Oregon Live reported that the Hammonds were also arrested in 1994 for trying to stop agents from putting up a fence by a canal they watered their cattle on inside Malheur National Wildlife Refuge.  Earl Kisler, the agent who arrested the two, also testified that they’d made death threats against refuge employees.

Last July, the White House announced a grant of clemency to the Hammonds for arson.  Dwight Hammond served approximately 3 years in prison and Steven Hammond about 4.  The official statement from the White House called the previous administration’s call for the mandatory minimum “overzealous,” a statement made disingenuous by the many, mostly minorities, that are now imprisoned for much less serious crimes and sentenced to mandatory minimums.

Soon after the ranchers were released, then Secretary of the Interior Ryan Zinke reissued them permits to graze their cattle on public land.  Earlier this month, High Country News reported that on April 9, the BLM issued a new environmental assessment of the land the Hammonds have been grazing.  The new assessment plans to allow the Hammonds more grazing land to reduce the risk of fire.

This detail is more than a bit ironic for men charged with arson and known to threaten federal agents.  The new assessment also ignored protections for greater sage grouse, claiming that by reducing the risk of fire, grazing would help the bird.

In a case of blatant disregard for environmental regulations as well as theft and arson on public lands, one must wonder why the current administration believed these men deserved a different standard of justice.