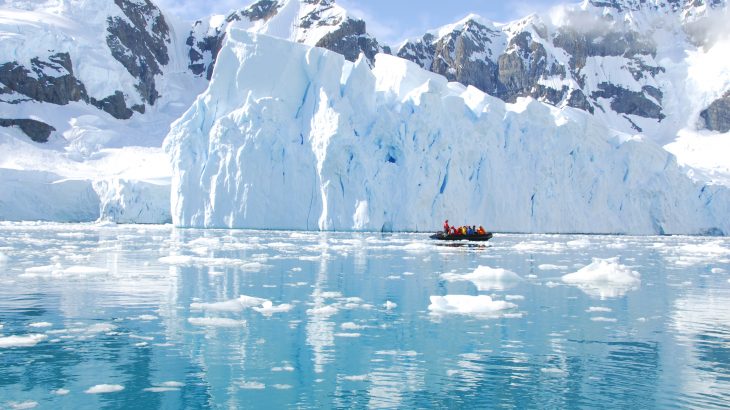 A new study from Hokkaido University suggests that rising ocean temperatures are impacting an unexpected region of East Antarctica. The experts have found that ice is melting at an alarming rate beneath the Shirase Glacier Tongue, where warmer waters flow into the surrounding bay.

The 58th Japanese Antarctic Research Expedition provided scientists with a very rare opportunity to observe areas near the tip of the Shirase Glacier after large areas of heavy sea ice had broken up. This gave the researchers access to the frozen Lützow-Holm Bay into which the glacier extends.

The amount of Earth’s freshwater that is contained in the Antarctic ice sheet is so massive that if it was completely lost, the oceans could rise by 60 meters.

To put this in perspective, current predictions estimate that sea levels will rise by about one meter this century, which would completely submerge low-lying islands and devastate the most vulnerable coastal regions.

Scientists have been primarily concerned with the behavior of ice shelves in West Antarctica, while those in East Antarctica have been presumed to be more stable with colder water cavities underneath.

During the expedition, the researchers collected data on water temperature, salinity, and oxygen levels from 31 relevant sites in January and February of 2017. These measurements were combined with data on ocean currents, wind, and ice volume using computer modeling to simulate ocean circulation beneath the Shirase Glacier Tongue.

The simulations suggest that melting is occurring as a result of deep, warm water flowing toward the base of the Shirase Glacier Tongue.

The warm water is moving along a deep underwater ocean trough and then flowing upwards along the tongue’s base. According to the researchers, this melting is occurring year-round, but is affected by easterly winds that vary with the seasons. For example, the influx of warm water increases when the winds diminish in the summer, and melting is accelerated.

“We plan to incorporate this and future data into our computer models, which will help us develop more accurate predictions of sea level fluctuations and climate change,” said Professor Hirano.

A better understanding of this type of sub-glacier melting could help improve predictions of Antarctic ice retreat and the associated sea level rise.