U.S. carbon emissions increased in 2018 after a three-year decline • Earth.com 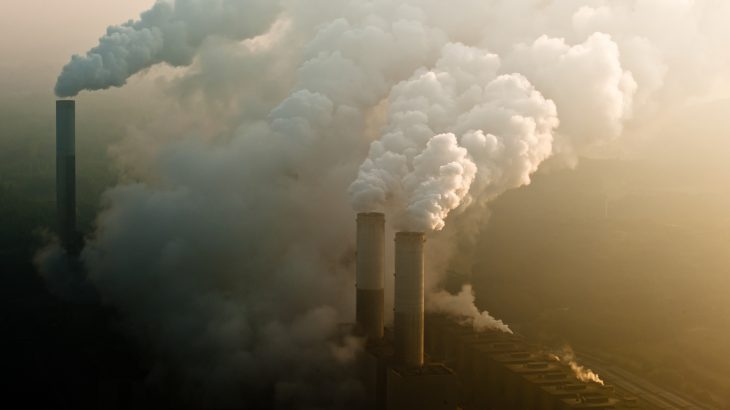 U.S. carbon emissions increased in 2018 after a three-year decline

According to a new study by the Rhodium Group, carbon emissions rose by 3.4 percent across the United States in 2018. The independent research group said the spike in emissions, which was the second-largest annual gain in over 20 years, was preceded by three years of decline.

The findings are based on the preliminary analysis of power generation data. The results suggest that emissions from the power sector jumped up by 1.9 percent last year, and emissions resulting from construction and industry were higher as well.

The researchers also found that the transportation sector was the largest source of emissions in the United States for the third year in a row. Although the demand for gasoline decreased slightly, the demand for diesel and jet fuel increased.

Rhodium Group partner Trevor Houser told CNN: “Most of the increase last year was directly attributable to an increase in economic growth.” However, he added, “it does not have to be the case that a rising economy results in rising emissions.”

Houser explained that technology is available that could reduce emissions in a growing economy, “but that requires policy to deploy those technologies in the market. And we’ve seen a freeze in that kind of policy at the federal level over the past few years.”

The team at Rhodium Group blamed the fact that the U.S. has no decarbonization strategy for the country’s lack of success in meeting the standards established by the Paris Agreement. Even though the United States was meant to play a critical role in leading the fight against climate change, President Trump pledged to abandon the agreement after claiming it was “bad for business.”

A growing collection of scientific evidence shows that global warming is not only happening, but is accelerating at an unexpectedly fast pace. Meanwhile, President Trump continues to doubt climate science and denies the results of the fourth national climate assessment, which was released by his own administration.

The full preliminary report from the Rhodium Group can be found here.