Many areas of the US are already experiencing considerable warming • Earth.com 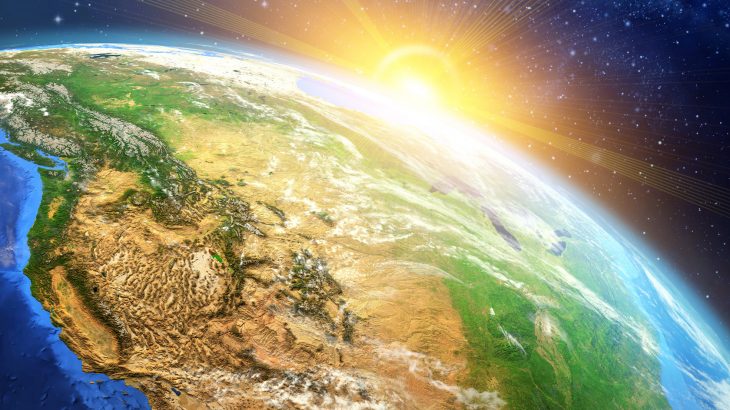 Many areas of the US are already experiencing considerable warming

Extreme climate change has arrived, as some places in the United States are already warming up at an unprecedented rate.

That’s according to a thorough analysis by the Washington Post which shows that temperatures in the US are creeping closer or have already passed the two degrees Celsius threshold.

Warming of two degrees Celsius is the number emphasized in countless climate studies and the 2015 Paris Climate Accord because it marks the point where irreversible effects of climate change will begin to set in.

Once we pass that two degrees mark, it could lead to devastating sea-level rise, severe weather extremes, the displacement of millions of people, and food shortages.

The US has experienced a rash of record-breaking heat waves in recent years. For 71 US counties, warming of two degrees Celsius has already occurred.

The temperature data covered all the lower 48 states and 3,107 counties. Currently, more than one in ten people in the US live in areas that are rapidly heating up like Los Angeles and New York.

Rhode Island’s average temperature has already passed two degrees Celsius, and Alaska is the fastest-warming state in the country, according to the analysis.

A big part of the temperature shifts can be attributed to warmer than average winter temperatures rather than blistering summer heatwaves.

For example, in New Jersey, warm winter temperatures have led to early thaws and lakes that don’t freeze over as often as they once did.

Every state in the northeast besides Pennsylvania has experienced winter temperatures that exceeded two degrees Celsius.

In the Washington Post analysis, the authors were able to identify larger areas that have passed two degrees Celsius. These hotspot “clusters” stretch across the Pacific Northwest and up along the Great Lakes around Minnesota and Michigan.

The majority of the US has experienced significant warming over the years except for areas in Mississippi and Alabama.

Even factoring in record-breaking cold snaps like the recent Polar Vortex that caused temperatures to plummet across the Northern US, the analysis points to a warming trend.