Vampire bats hunt for food with their friends • Earth.com 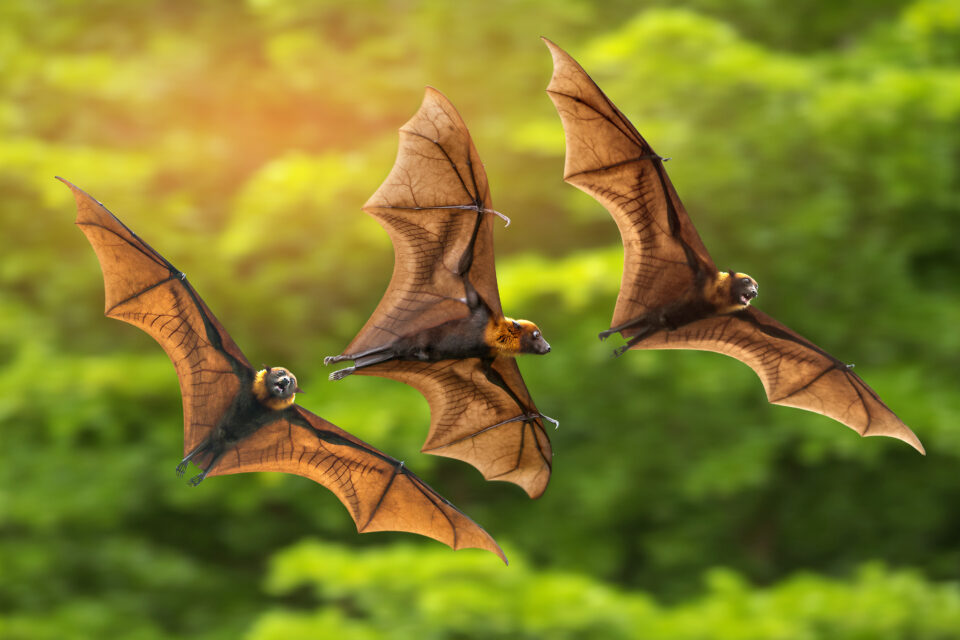 Vampire bats hunt for food with their friends

Vampire bats are known to form long-term relationships by grooming each other and even sharing regurgitated blood meals while roosting in trees. These social bonds usually exist between related individuals but can also form between strangers in captive conditions. In these instances, cooperative behavior can persist for years after the bats are released back into the wild.

To find out whether these social bonds extend beyond the roost, scientists Simon Ripperger and Gerald Carter of The Ohio State University in the USA and the Smithsonian Tropical Research Institute in Panama attached small proximity sensors to the backs of 50 female common vampire bats (Desmodus rotundus) to monitor their movements. The bats included 27 wild individuals and 23 that had been kept in captivity for two years before being released back into their original home roost on a cattle farm in Tolé, Panama.

The results showed that, although tagged bats did not usually leave the roost together, those that were socially bonded often met up while foraging far from the roost. Furthermore, females with many social partners at the roost also made contact with more partners while away foraging.

The experts theorize that socially bonded bats may cooperate by sharing information about potential hosts, or the location of an open wound on which to feed, when they reunite during foraging trips. This would save time and reduce the effort required for a bat to find a host and prepare a wound site.

Vampire bats produce several distinct types of calls and the authors suggest that ‘downward sweeping’ social calls that are used to identify partners and ‘friends’ in the roost may also be used to recognize these individuals while out foraging.

The researchers add, “How far does ‘friendship’ go? We show that social bonds of vampire bats are not restricted to grooming and food sharing at the roost, but bonded individuals even hunt together, highlighting the complexity of their social relationships.”

The findings of this research are published in the open-access journal PLoS Biology.