How vampire bats have evolved to live on nothing but blood • Earth.com 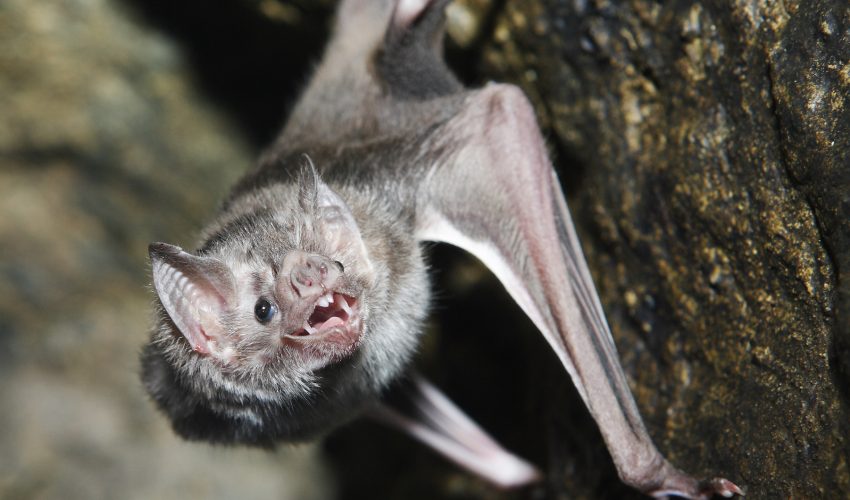 How vampire bats have evolved to live on nothing but blood

Vampire bats are the only mammals that feed entirely on blood, and scientists have long been fascinated with the evolutionary process behind this ability. A new study has revealed the genomic and microbial adaptations that have enabled vampire bats to survive exclusively on blood.

Vampire bats emerge in the darkest part of the night and attack animals such as horses and cattle, feeding on their blood for around 30 minutes. While blood is extremely high in protein, it is very low in vitamins and can carry disease.

A team of experts, including researchers at the German Leibniz Institute for Zoo and Wildlife Research (IZW), sequenced and analyzed the genome and microbiome of the vampire bat to investigate how this animal adapted to its highly specialized diet.

“To understand an animal’s specific evolutionary adaptations it is essential to examine it from what we now call a ‘hologenomic’ perspective, which includes the interactions of an animal with its environment and its microbiome,” explained study co-author Dr. Marina Escalera-Zamudio.

The scientists found that the genomes and microbiomes of vampire bats are completely distinguishable from their carnivorous, insectivorous, and frugivorous relatives.

Genes associated with immune response, viral defense, and lipid and vitamin metabolism were found to be “jumping genes,” or DNA sequences that move from one location of the genome to another.

These genes, which basically copy and paste themselves throughout the genome, could have played a critical role in modifying the vampire bat to tolerate a diet of only blood.

The experts also found a large number of bacteria that can produce antiviral substances, which likely protect the bats from blood borne illness.

The study authors explained that microbial changes in the gut may have also evolved to assist in digestion and immunity, and that these modifications probably occurred alongside changes in the genome.

Co-author Dr. Marie Zepeda Mendoza said that the findings of this study indicate “a close evolutionary relationship between the gut microbiome and the genome of the vampire bat for adaptation to feeding exclusively on blood.”