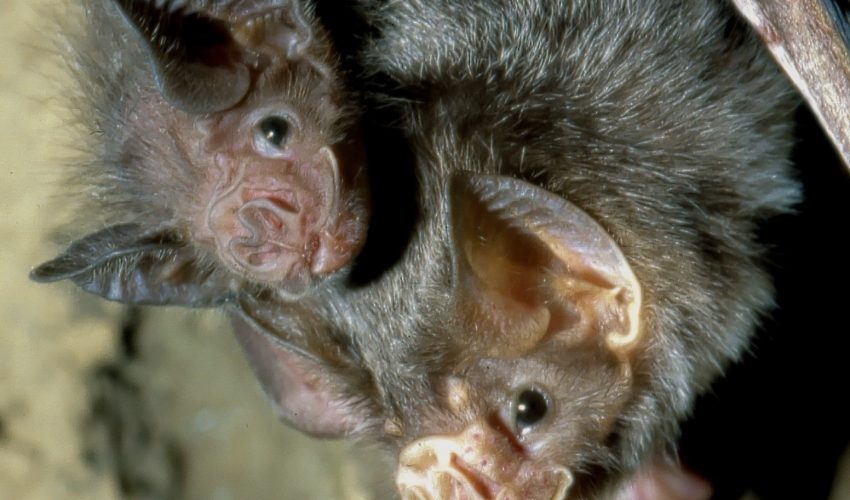 Vampire bats make friends to cope with loss of family

Female bats are very close to their mothers and daughters, grooming each other and sharing regurgitated meals of blood, according to the study by the Smithsonian Tropical Research Institute.

Females who have expanded their social network outside the immediate family are better able to survive the loss of a relative than bats who only invest in close kin, the study said.

“We discovered that on the rare occasion that they lose a major food donor, they do much better,” Carter said. “Their social network of food donors is wider and more robust.”

For the research, Carter’s team monitored social interactions in a captive colony of about 30 common vampire bats. The researchers worked out how the bats were related based on their genes. Carter then removed individual females from the group for a 24-hour fasting period. Just before returning them to the group, he removed one of the bat’s key food donors, usually its mother or daughter. Then he examined how each bat coped with this change to its social network.

Common vampire bats are native to the American tropics and subtropics, where they often feed on the blood of cattle, especially where forests have been replaced by pasture.

Other species, such as baboons, might also use social bet hedging, the study said.

There is also evidence that humans are happier with “quality over quantity” in their relationships, yet those living in unpredictable social environments tend to value more friendships over a few stronger ones.

“It would be particularly interesting to test the extent to which human collaborative or friendship networks are shaped by decisions to invest in relationship quantity or quality,” the authors added.