Veggie burgers and lab cultures: Most meat will soon need to be artificial • Earth.com 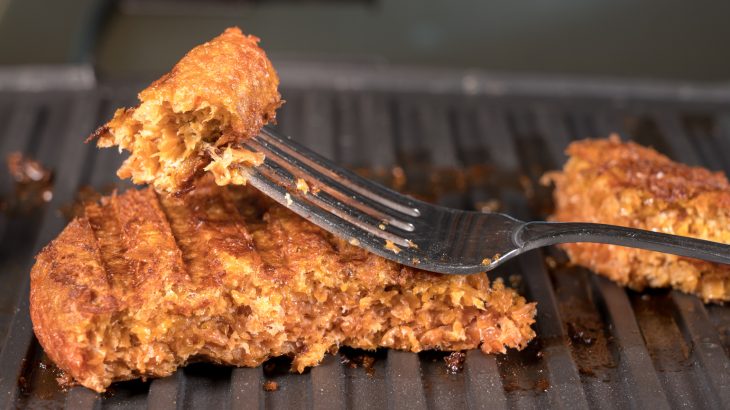 Veggie burgers and lab cultures: Most meat will soon need to be artificial

If food demand is to keep up with population growth and climate change, experts are predicting that soon the majority of meat consumed will have to be produced artificially.

In fact, a new report estimates that in the next 20 years, only 40 percent of the world’s meat supply will come from animals.

Where will the rest of our beloved beef, chicken, pork, and other favorite meats come from?

Most meat will either be grown in a lab with cultures or made with plant products meant to mimic meat, like vegan tofurkey or veggie burgers.

The report was compiled by the AT Kearney, a global consultancy firm, and includes interviews with industry experts to help assess the current meat economy. It aims to understand how the challenges facing agriculture due to climate change and projected population growth will impact meat demand supply.

According to the report, the meat industry as is will not be able to keep up with growing demand, especially once you factor in the huge amounts of water, feed, and land needed to produce just one pound of beef.

Livestock and meat processing are also one of the biggest sources of greenhouse gas emissions worldwide.

Luckily, huge strides are being made in meat substitutes, viable alternatives that don’t compromise taste but are made from insects, plants, or grown in a lab.

“With the advantages of novel vegan meat replacements and cultured meat over conventionally produced meat, it is only a matter of time before they capture a substantial market share,” the report states.

Some companies working on plant-based meat alternatives include Beyond Meat, Impossible Foods, and Just Foods.

The AT Kearney report estimates that around one billion dollars have been invested in making vegan products.

The report also projects that while lab meat is still not available to consumers, it will soon take over the market.

In response to the growing global awareness of the harmful environmental impacts of the meat industry, many consumers are trying to shift their diets to incorporate more plant-based foods and less meat.

“For passionate meat-eaters, the predicted rise of cultured meat products means that they still get to enjoy the same diet they always have, but without the same environmental and animal cost attached,” Carsten Gerhardt, a partner at AT Kearney, told The Guardian.