Venus was likely habitable before Jupiter changed its course • Earth.com 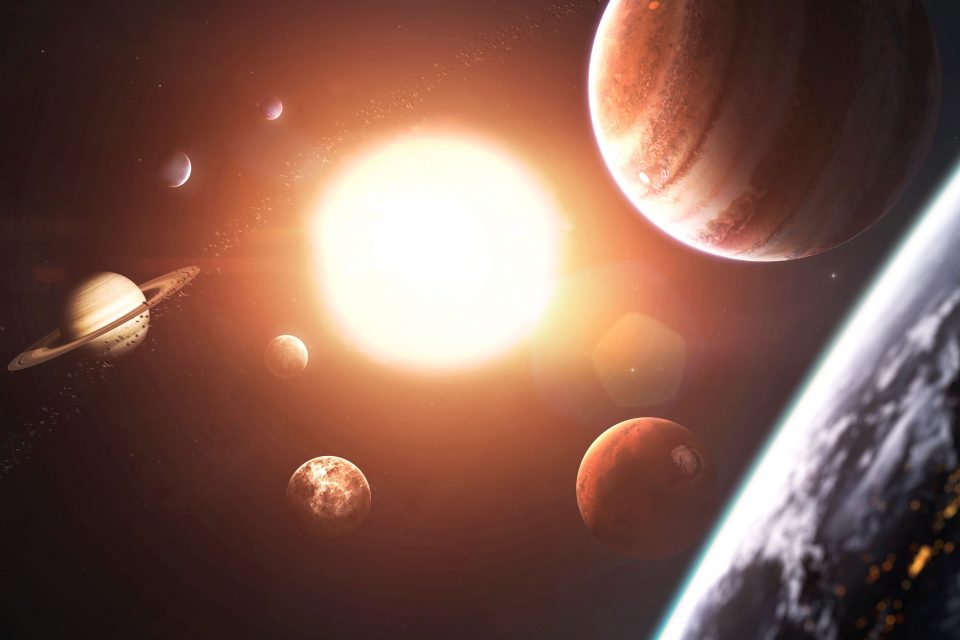 Venus would not be the scorching hot,  uninhabitable place it is today if Jupiter had not interfered with its orbit around the sun. According to a new study from UC Riverside, Jupiter was pushed toward and pulled away from the sun during the early years of its formation, and this movement threw Venus off its original course.

The researchers said that other planetary systems have experienced similar migrations by giant planets soon after their formation, which indicates that this is a relatively common occurrence.

Jupiter has a mass that is two-and-a-half times that of all other planets in our solar system and the ability to disturb the orbits of those other planets. The experts theorize that when Venus was knocked off course, it may have lost some of its water and continued to do so. The influence of Jupiter could have set in motion a series of events that ultimately made the planet incapable of hosting life as we know it.

“One of the interesting things about the Venus of today is that its orbit is almost perfectly circular,” said study lead author and UCR astrobiologist Stephen Kane. “With this project, I wanted to explore whether the orbit has always been circular and if not, what are the implications of that?”

To investigate, Kane created a model to simulate the solar system while accounting for the location of all the planets at any given time, as well as how they pull one another in different directions.

Scientists measure how noncircular a planet’s orbit is on a scale of zero to one, with zero being completely circular. The number between zero and one is called the eccentricity of the orbit. Kane explained that an orbit with an eccentricity of one would not even complete an orbit around a star; it would simply launch into space.

The orbit of Venus is currently measured at 0.006, which is the most circular of any planet in our solar system. However, Kane’s model revealed that when Jupiter was closer to the sun about a billion years ago, Venus likely had an eccentricity of 0.3. At this point, Venus was much more likely to have been habitable.

“As Jupiter migrated, Venus would have gone through dramatic changes in climate, heating up then cooling off and increasingly losing its water into the atmosphere,” said Kane.

Recently, scientists detected phosphine gas in the clouds above Venus, which may indicate the presence of microbial life. According to Kane, it is possible that the gas represents “the last surviving species on a planet that went through a dramatic change in its environment.”

However, for this to be the case, Kane pointed out that the microbes would have had to sustain their presence in the sulfuric acid clouds above Venus for roughly a billion years since Venus last had surface liquid water – a difficult to imagine though not impossible scenario. “There are probably a lot of other processes that could produce the gas that haven’t yet been explored.”

Kane concluded that it is important to understand what happened to Venus, a planet that was once likely habitable and now has surface temperatures of up to 800 degrees Fahrenheit.

“I focus on the differences between Venus and Earth, and what went wrong for Venus, so we can gain insight into how the Earth is habitable, and what we can do to shepherd this planet as best we can,” said Kane.

The study is published in The Planetary Science Journal.