Signs of life found in the clouds surrounding Venus • Earth.com 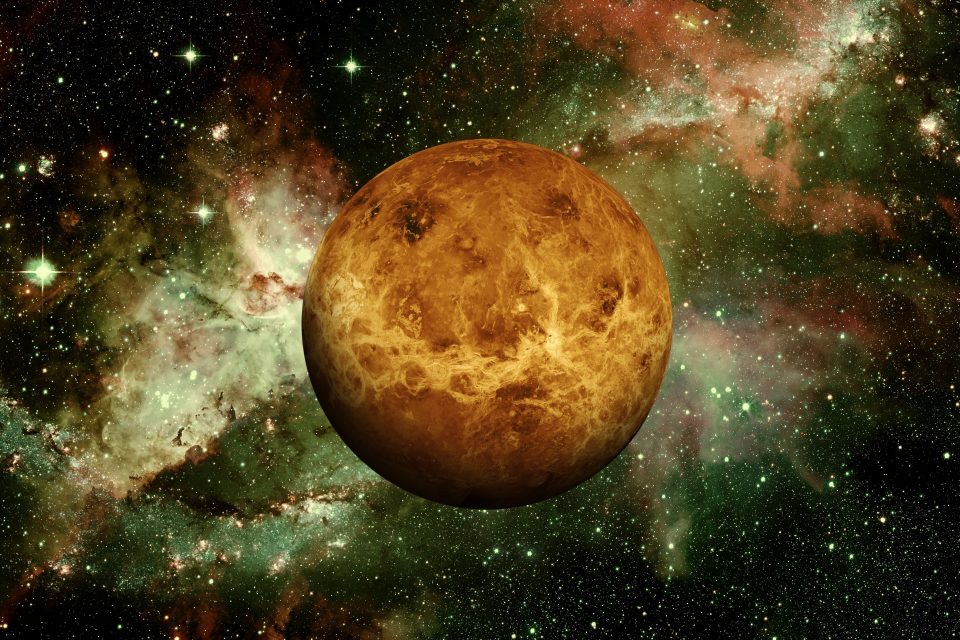 Signs of life found in the clouds surrounding Venus

A toxic gas that is almost exclusively associated with life here on Earth has been detected in the clouds surrounding Venus. The gas, known as phosphine, is very rare and is made by bacteria that do not require oxygen for growth.

Regardless of why it is lingering in the clouds on Venus, it comes as a major surprise to scientists. Phosphine is only produced naturally by some types of anaerobic bacteria that are found in marshes, landfills, and in animal intestines. Phosphine is also a byproduct of industrial activities.

The discovery of phosphine molecules in the clouds of Venus was announced today by an international team of astronomers led by Professor Jane Greaves of Cardiff University.

The experts first noticed signs of phosphine in observations from the James Clerk Maxwell Telescope (JCMT), operated by the East Asian Observatory in Hawaii. The team partnered with the European Southern Observatory (ESO) to confirm their discovery using 45 antennas of an even more powerful telescope – the Atacama Large Millimeter/submillimeter Array (ALMA) in Chile.

“To our great relief, the conditions were good at ALMA for follow-up observations while Venus was at a suitable angle to Earth. Processing the data was tricky, though, as ALMA isn’t usually looking for very subtle effects in very bright objects like Venus,” said study co-author Anita Richards of the UK ALMA Regional Centre and the University of Manchester.

“In the end, we found that both observatories had seen the same thing — faint absorption at the right wavelength to be phosphine gas, where the molecules are backlit by the warmer clouds below,” added Professor Greaves.

Astronomers have long speculated that Venus could host microbes in its high clouds where they can exist free from the planet’s scorching hot surface. This “aerial” life is now a real possibility with the presence of phosphine molecules, which consist of hydrogen and phosphorus.

“This was an experiment made out of pure curiosity, really – taking advantage of JCMT’s powerful technology, and thinking about future instruments,” said Professor Greaves. “I thought we’d just be able to rule out extreme scenarios, like the clouds being stuffed full of organisms. When we got the first hints of phosphine in Venus’ spectrum, it was a shock!”

The international team includes researchers from the UK, U.S. and Japan. The experts estimate that the concentration of phosphine present in the clouds is about twenty molecules per billion.

Upon analyzing whether the phosphine in Venus’s atmosphere may have non-biological sources such as volcanic activity or lightning, the researchers determined that these other planetary processes could only produce one ten thousandth of the amount of phosphine that they observed.

“The non-biological production of phosphine on Venus is excluded by our current understanding of phosphine chemistry in rocky planets’ atmospheres. Confirming the existence of life on Venus’s atmosphere would be a major breakthrough for astrobiology; thus, it is essential to follow-up on this exciting result with theoretical and observational studies to exclude the possibility that phosphine on rocky planets may also have a chemical origin different than on Earth,” said ESO astronomer Leonardo Testi.

On Earth, bacteria produce phosphine after taking up phosphate from minerals or biological material and adding hydrogen. Any terrestrial organisms on Venus would look very different from those on our planet, but nonetheless could be the source of phosphine in the atmosphere.

While the researchers are confident that it is phosphine they have detected in Venus’s clouds, they acknowledge that confirming the presence of life needs a lot more work. The high clouds of Venus are mostly made up of sulfuric acid, and it is unclear how microbes could survive this extreme level of acidity.

Further observations of Venus, including those with the ESO’s upcoming Extremely Large Telescope, will help solve the mystery of how phosphine is produced on Venus.