Virtual reality can improve the mood and memories of dementia patients • Earth.com 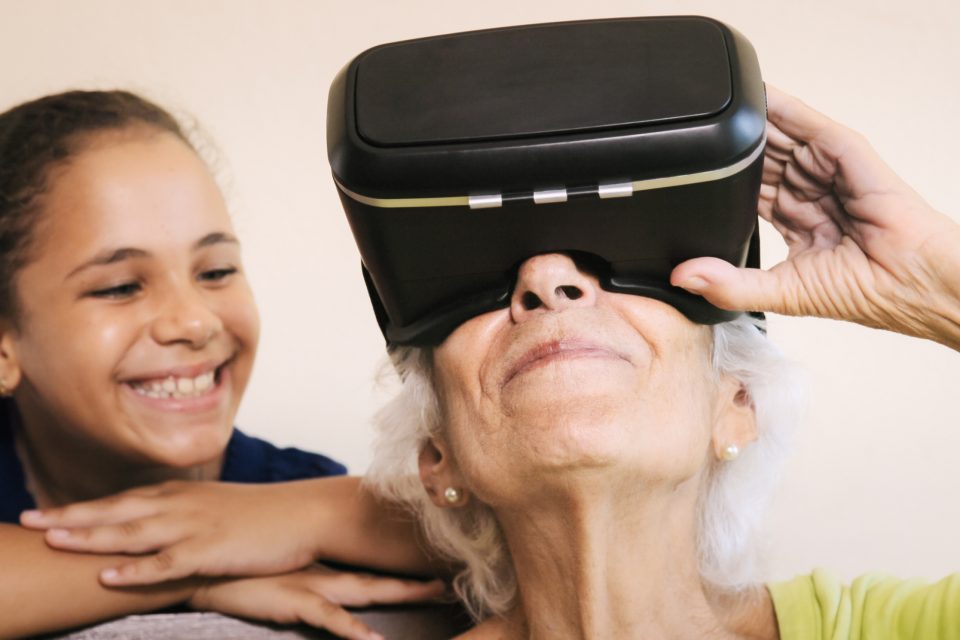 Virtual reality can improve the mood and memories of dementia patients

According to a new study from the University of Kent, virtual reality (VR) technology could substantially improve the quality of life for people who suffer from dementia.

The researchers found that when dementia patients “visited” new places with VR headsets, their aggression was reduced and they became more cooperative with caregivers. Many of the patients even recalled past memories.

The study, which was focused on eight patients between the ages of 41 and 88, was conducted at St. Andrew’s Healthcare in Northampton. Each patient was exposed to five virtual environments (VEs) including a cathedral, a forest, a sandy beach, a rocky beach, and a countryside scene.

The team collected feedback from both patients and their caregivers. The study revealed that VR helped patients to access old memories by providing them with new stimuli. One patient recalled a vacation after seeing a bridge in the VE which reminded them of the trip, for example.

The memories provided positive mental stimulation for the patients and also helped their caregivers learn more about their lives before care, which helped to improve interactions.

The patients were given the choice of which VEs to explore during their sessions, and some chose the same environment repeatedly. Dr. Jim Ang explained that while a larger study is needed to validate the results, the early findings show that VR has huge potential in this area.

“VR can clearly have positive benefits for patients with dementia, their families and caregivers. It provides a richer and more satisfying quality of life than is otherwise available, with many positive outcomes,” said Dr. Ang. “With further research it will be possible to further evaluate the elements of VEs that benefit patients and use VR even more effectively.”

The researchers added that as it becomes easier to produce 360-degree VR videos, VEs could be specifically designed for individual patients, including simulations of their home or their favorite location.

The study results were presented at the Proceedings of the SIGCHI Conference on Human Factors in Computing Systems.