How many volcanoes have the potential to trigger devastating tsunamis? • Earth.com 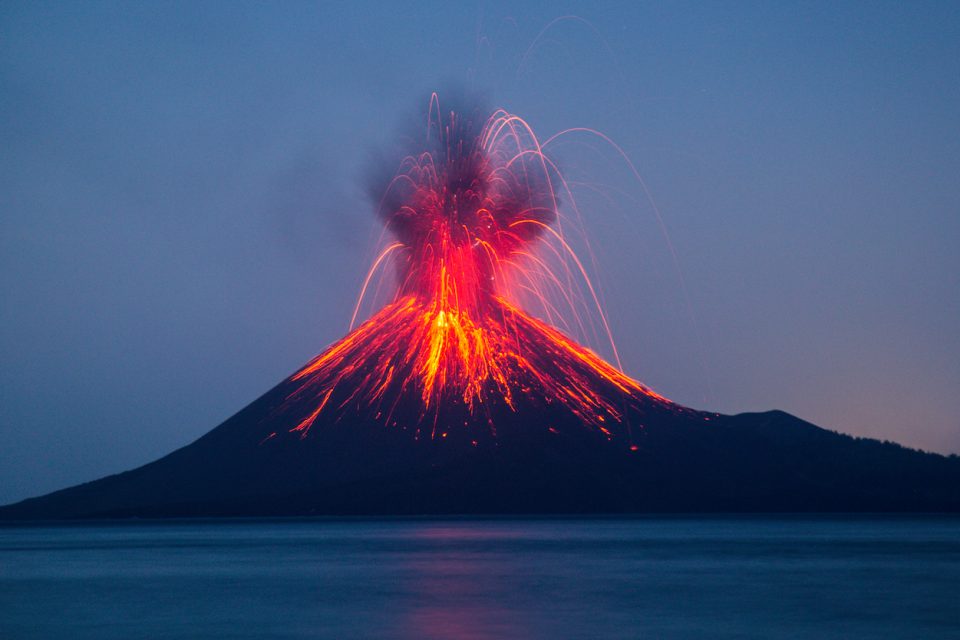 How many volcanoes have the potential to trigger devastating tsunamis?

An international team of researchers from the United States, the UK, and Indonesia has developed the first detailed computer model to represent the eruption of the Anak Krakatau volcano in an effort to better understand how the catastrophic event occurred.

The model simulations have revealed that there are 40 volcanoes worldwide that have the potential to initiate a deadly tsunami comparable to the one triggered by the eruption of Anak Krakatau.

The experts are warning that millions of people in coastal regions are at risk, and that disaster warning systems must be improved to include volcano-triggered tsunamis.

“One of the aspects of events such as Anak Krakatau is that we are now aware of a hazard hovering in the background and there are millions of people who live adjacent to volcanoes,” said marine geologist and study first author David Tappin of the British Geological Survey.

“Warning systems in all the world’s oceans are predicated on large earthquakes. Volcanoes are still little understood. But I don’t think anyone has actually looked at the particular hazard those people have except from eruptions.”

“Existing disaster warning systems are not best designed to handle events like the Anak Krakatau landslide,” said Tappin. “Suddenly, we are aware of this (threat of tsunamis) and hopefully we will do something about it.”

The volcanic island of Anak Krakatau violently erupted on December 22, 2018. The eruption caused a massive submarine landslide and triggered the tsunami wave that ultimately killed 437 people in Indonesia.

Two-thirds of the island fell into the sea when the volcano erupted, and the team found that this land crashed into an unusually deep submarine trough to the southwest, which was positioned about 720 feet beneath the ocean’s surface.

Using model simulations, the researchers predicted that the island’s collapse would have generated multiple tidal waves, with the second and third waves being the largest. This finding was confirmed by observations and records collected by four tidal gauges located around the strait.

“Anak Krakatau is really important because suddenly we have an event we can study,” said Tappin. He explained that the research “demonstrates yet again the lack of preparedness of countries threatened by tsunamis, and highlights the urgent need for better mitigation and warning.”

The study was presented during the annual general assembly of the European Geosciences Union in Vienna.