Collapse of active volcano Mount Etna could result in a tsunami • Earth.com 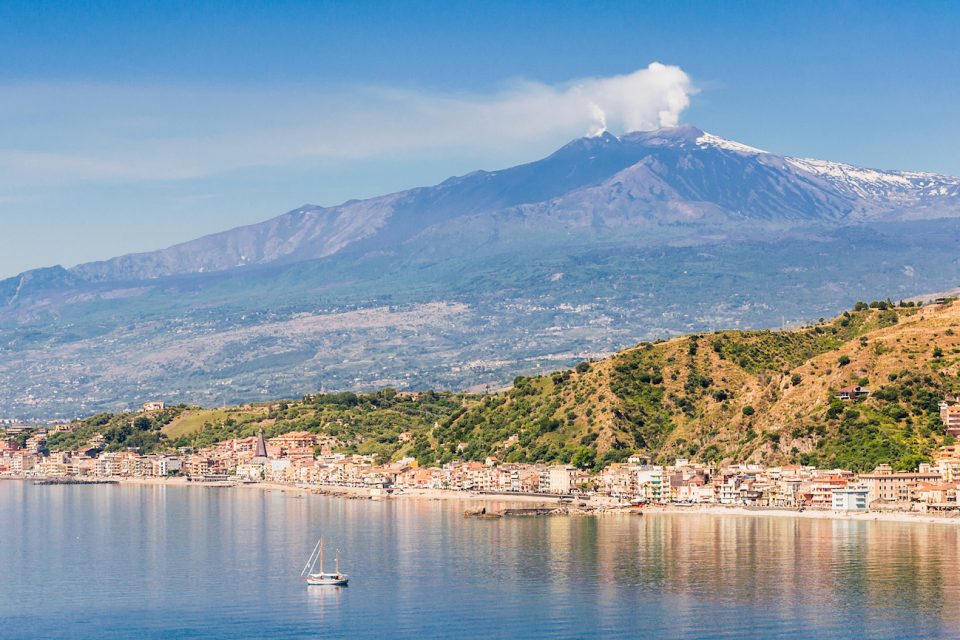 Collapse of active volcano Mount Etna could result in a tsunami

Mount Etna is the most active stratovolcano in the world and it continues to grow due to its volcanic activity. Located on the east coast of the densely populated island of Sicily, the volcano is closely monitored.

A new study has shown that Mount Etna is becoming increasingly unstable and if it collapses completely it could trigger a catastrophic tsunami.

The study was conducted by researchers from the Helmholtz Centre for Ocean Research and for the first time, the volcano was monitored using underwater acoustics. This revealed what geological processes were driving Etna’s movement.

The results, published in the journal Science Advances, show that the volcano is collapsing under its weight, something called gravitational instability.

“Mount Etna is a really big volcano, more than 3,300 meters [10,800ft], and the lava is making it grow bigger all the time,” Morelia Urlaub, a member of the research team, told the Daily Mail. “So its own weight is causing the flanks to spread outwards into all directions and this is what we mean with gravitational instability.

The researchers found that a large section of the southeastern side of the volcano is slowly sliding into the sea which increases the risk of a tsunami.

“The results of this study suggest Etna’s flank movement, in fact, poses a greater hazard than previously thought,” said Urlaub.

It was not well understood what was causing Mount Etna’s flanks to be pushed outward and previous studies theorized that it was due to rising magma, but using underwater monitoring equipment, the researchers were able to discover that this was not the case.

“The principle behind the technology is really simple. We cannot use GPS or other satellite-based measurements in the ocean due to the high absorbance of electromagnetic waves in water,” Urlaub told the Daily Mail. “So we use sound waves, which works really well in water. We placed a network of five transponders on the seafloor and they were sending acoustic signals to each other.”

The team calculated the time and distance between signals and then measured the changes in the sea floor and pressure that suggested flank movement. The researchers found that Mount Etna’s flank movement is mainly being driven by gravity.

The study shows the importance of monitoring active volcanoes and finding new methods to study seismic activity as it can yield new insights.

There is no way to tell if Mount Etna will collapse in the near future or even in this lifetime, but the researchers say that having a new understanding of its flank movements will help with future studies and observations.