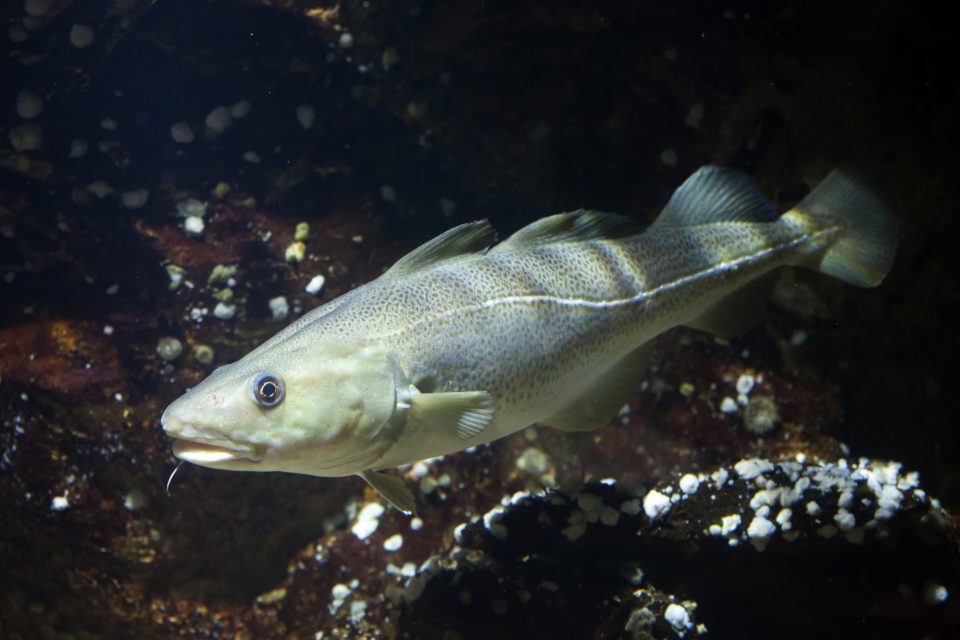 Populations of Atlantic cod and Polar cod, both species of fish that spawn in extremely cold temperatures, could drastically decrease if climate change continues unchecked.

A new study conducted by researchers from the Alfred Wegener Institute found that an increase in ocean temperatures and ocean acidification could force Polar and Atlantic Cod farther north, a move that could endanger populations and collapse an important link in the Arctic food web.

If the cod die off, the Arctic seals and seabirds that depend on cod as a major food source will suffer, as will fishing operations that primarily catch Atlantic cod.

The study was published in the journal Science Advances and the results highlight the necessity of limiting global warming and meeting the targets set by the Paris Climate Agreement.

Both Atlantic cod and Polar cod thrive and spawn in cold waters, and increases in ocean temperature could threaten the health and development of the cod eggs.

To see just how much of a risk climate change poses to Atlantic and Polar Cod, researchers Flemming Dahlke and Daniela Storch used climate models and lab experiment data to show how increases in temperature and ocean acidification will impact embryo development.

When cod larvae hatch, they are especially vulnerable to environmental changes, and even a small increase in water temperature can cause the larvae to die or become deformed according to the study.

The researchers also found that ocean pH levels of 7.7 decrease the chance of survival by 20 to 30 percent.

“We’ve observed that the young Atlantic cod not only react adversely to warmer temperatures, but also to especially cold ones,” said Storch. “The acidification amplifies this effect.” In other words: the added burden of acidification reduces the suitable temperature range for Atlantic cod and polar cod to spawn.”

For the study, the researchers reviewed three climate scenarios, a business-as-usual scenario, a moderate warming scenario, and a scenario where the goals of the Paris Accord are met.

“They show that, for the business-as-usual scenario, conditions for the young Atlantic cod will especially deteriorate in the North Atlantic near the end of this century,” said Dahlke. “In the regions around Iceland and Norway, up to 60 percent fewer cod larvae will hatch from their eggs.”

The team also found that if emissions are not reduced, Atlantic cod will be forced farther north and may encroach on the territory of Polar cod.

“If the Atlantic cod populations and their spawning grounds shift to the northeast in the future, the fish will most likely spawn in completely different systems of currents,” said Dahlke. “If that happens, we can’t yet begin to gauge the effects.”

The researchers say that if emissions are reduced and the goals of the Paris Accord achieved, it could have a drastic impact in reducing the threats climate change poses to Atlantic and Polar cod populations.