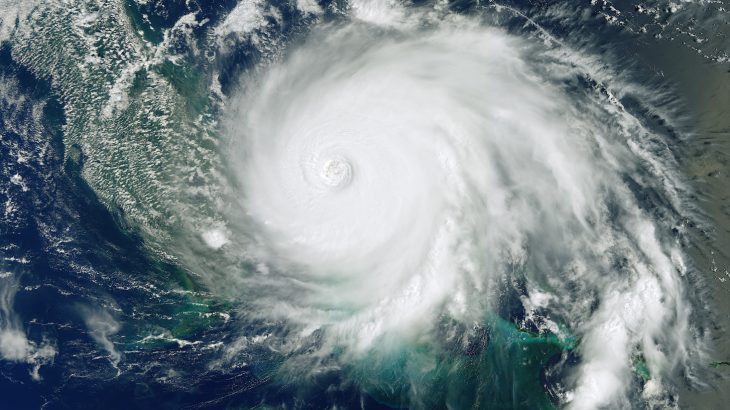 Hurricane Dorian is slowly passing over the Bahamas after the storm stalled over Freeport and Grand Bahama Island Monday night, but the devastation left in the storm’s wake means that the worst is far from over.

So far, there have been 5 people confirmed dead and 21 injured. Pictures and video footage taken during the storm show cars piled up and abandoned, torn down houses and buildings, flooded streets, and storm surges rising around residential areas.

As Dorian crawls toward the Florida Coast, it’s unprecedented strength and size are setting new records for Atlantic storms.

Warm ocean waters helped fuel Dorian’s intensity. When Dorian made landfall on Sunday, sustained wind speeds were recorded at 185 miles per hour with some gusts reaching 220 miles per hour.

It was the strongest hurricane to hit the Bahamas in recorded history.

Dorian is predicted to shift north and travel up the coast of Florida and the Carolinas. The center of the storm is not expected to pass over land, but regardless, high wind speeds and storm surges are still likely to cause significant damage.

Climate change is making storms like Dorian stronger, as predicted by past climate studies.

Higher than average sea levels mean that storm surges are also higher. The bigger the storm surge, the more damage it does.

Warm water at the ocean’s surface helps create optimal conditions for hurricanes, and in Dorian’s case, ocean waters in the storm’s path were one-degree Celsius warmer than average, according to New Scientist.

Dorian was already a strong storm, but the hurricane surged in intensity at an unprecedented rate.

We can expect more storms like Dorian in the future as temperatures increase and hurricanes become stronger, faster, and produce more precipitation.