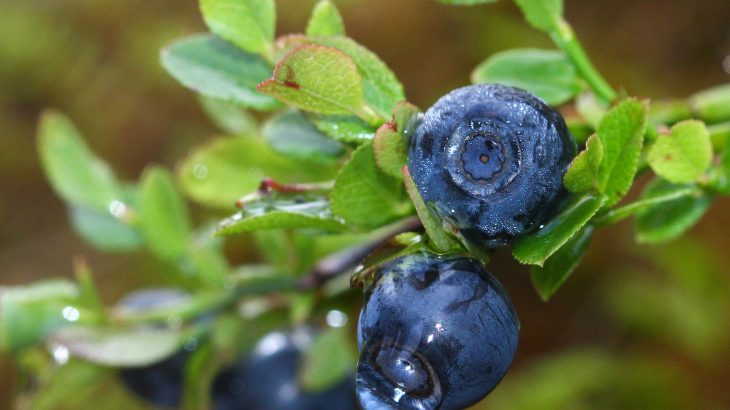 A new study from Rutgers is the first of its kind to reveal that small water droplets on plants are a nutrient-rich food supply for many insects. The researchers discovered that plant droplets on the edges of blueberry bush leaves are loaded with nutrients for visitors such as bees, wasps, and flies.

The findings indicate that these droplets are a previously overlooked benefit of plants, with major implications for insects in both agricultural and natural ecosystems.

Study senior author Cesar Rodriguez-Saona is a professor and extension specialist in the Department of Entomology in the School of Environmental and Biological Sciences at Rutgers University-New Brunswick.

“Our study shows for the first time that plant ‘guttation’ – fluid from sap secreted at the edges and tips of leaves – is a nutrient-rich source of food for insects,” said Professor Rodriguez-Saona.

The droplets, which appear on nights with high levels of moisture in the soil, have been looked at as simply a source of water for insects. However, it turns out that this water contains carbohydrates and proteins that are essential for many insect species.

The research was focused on insects with three different feeding styles – an herbivore, a parasitic wasp, and a predator – across Rutgers blueberry fields. The study showed that when insects fed on nutritious doses of plant water droplets throughout their adult lives, they had a much higher chance of survival and reproductive success.

Furthermore, the researchers noted that droplets were present in the blueberry fields for the entire season, and their presence doubled the abundance of beneficial insects that protect plants from pests. This means that water droplets help protect crops from invasive pests.

The researchers suggest that the enormous benefits of plant water droplets may be available to numerous crops where they are common, including rice, wheat, barley, rye, oats, sorghum, corn, tobacco, tomatoes, strawberries and cucumbers.

“These findings are important for the conservation of beneficial insects because they can find and feed on droplets when pollen, nectar, hosts or prey are scarce,” said Professor Rodriguez-Saona.

The study authors conclude that the nutritional water droplets are highly reliable compared with other plant-derived food sources such as nectar, which enhances the fitness and population sizes of insects.