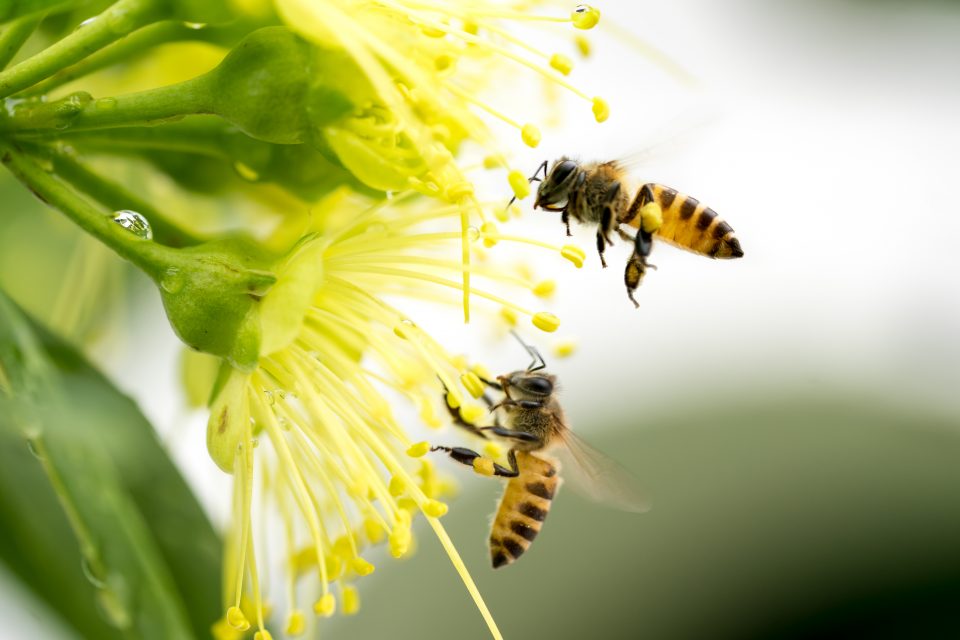 The extreme heat associated with climate change is placing insects under a great deal of strain, and even small temperature changes can damage an insect’s ability to reproduce. A new study led by the University of British Columbia has investigated the link between heat stress and fertility loss in honey bees.

While it is known that heat kills sperm in a broad range of animals, it is challenging to monitor these changes in honey bees and other pollinators.

For the current study, the researchers used mass spectrometry to analyze sperm stored in honey bee queens. The experts identified five proteins that are activated when the bees are exposed to extreme heat.

These proteins provide a great tool for monitoring heat stress in queen bees, as well as for predicting wider insect fertility losses related to heat stress.

“Just like cholesterol levels are used to indicate the risk of heart disease in humans, these proteins could indicate whether a queen bee has experienced heat stress,” said study lead author Alison McAfee. “If we start to see patterns of heat shock emerging among bees, that’s when we really need to start worrying about other insects.”

Honey bees are more resilient to heat stress than many other insects, but they are a useful proxy for measuring heat response because they are easily accessible.

The reproductive capacity of queen bees is directly linked to the health and productivity of a colony. A queen bee needs viable sperm to produce enough worker bees to maintain her colony.

“We wanted to find out what ‘safe’ temperatures are for queen bees and explore two potential routes to heat exposure: during routine shipping and inside colonies,” said McAfee.

“This information is really important for beekeepers, who often have no way to tell what condition the queens they receive are in. That can have a really dramatic impact on their quality and quality of their colonies.”

The team set out to determine how much heat the queen bees could handle before they “failed” to carry enough live sperm.

“Our data suggests that temperatures between 15 to 38 degrees Celsius are safe for queens,” said McAfee. “Above 38 degrees, the percentage of live sperm dropped to or below the level we see in failed queens compared to healthy queens, which is an 11.5 percent decrease from the normal 90 per cent.”

The researchers monitored the temperatures in three honey bee hives in California during the month of August, when the ambient temperature below each hive reached up to 45 degrees Celsius in the shade.

“This tells us that a colony’s ability to thermoregulate begins to break down in extreme heat, and queens can be vulnerable to heat stress even inside the hive,” said study co-author Jeff Pettis.

Now that the researchers have established these key parameters, they will continue to examine how the heat-activated proteins in queen bees can be used to monitor fertility loss.

“Proteins can change quite easily, so we want to figure out how long these signatures last and how that might affect our ability to detect these heat stress events,” said McAfee.

“I also want to figure out if we can identify similar markers for cold and pesticide exposure, so we can make more evidence-based management decisions. If we can use the same markers as part of a wider biomonitoring program, then that’s twice as useful.”